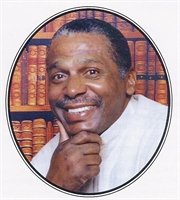 Please share a memory of Calvin to include in a keepsake book for family and friends.
View Tribute Book
Calvin Duvor Thurston, Jr., 54, son of Calvin, Sr. and the late Lorraine Sims Thurston was born on April 28, 1956, in Cumberland, Virginia. &quot;Junie,&quot; as he was so affectionately called, grew up in the cities of Newark and Orange in the state of New Jersey and was educated in the Newark Public Schools. He attended the prestigious Arts High School in Newark and finished at Orange High School in Orange, NJ. After high school, Calvin graduated from Wilfred Beauty Academy. His creative and artistic abilities led him to a career in which he worked with his hands. For many years, he was employed as a crafty and skillful sheet metal mechanic. On February 2, 1976, Calvin married his high school sweetheart, Jeri Robinson, and to this union, one daughter, Kimberly Lashone Thurston was born. While in his early twenties, Calvin moved to Los Angeles, California. There he met Sharon Walker, and to this relationship, a daughter, Tanya was born. After about ten years, he relocated to Denver, Colorado in 1991, and there he found the peacefulness, diversity, beauty, better quality of life, and serenity he was searching for, and Denver has been his home ever since. Calvin spent many summers at his grandparents in Cumberland County where he attended Tearwallet Baptist Church. Throughout his life, Calvin has enjoyed reading, cooking, drawing, watching sports, playing chess, and surfing the internet. He was extremely knowledgeable in History, the World, and Current Events. Calvin was quite opinionated and enjoyed conversations with family, friends, and people of all races, ethnicities, and nationalities. He loved to talk! His family writes, &quot;Junie was remarkably intelligent, artistic, innovative, honest, and a real person, who could accomplish anything he set his mind to do. He loved his family, especially his daughters and granddaughter. He will be greatly missed by his relatives and everyone who knew him.&quot; He leaves to cherish his fond memories; a loving father, Calvin Duvor Thurston, Sr.; devoted wife, Jeri Thurston; caring daughters, Kimberly Thurston and Tanya Walker; one adoring granddaughter, Destiny Amber Jones; sister, Kim Thurston-Foster (Curtis); brother, Michael Anthony Thurston (Gabriel); five aunts, Shirley Webb (Clarence), Caroline Johnson (John), Lillian Smith (Marvin), Evelyn Sims, and Edna Sims; uncle, Howard Sims, Jr. (Dorothy); two great-aunts, Lillian Shelton and Neater Sims. He also leaves his faithful furry friend Cisco, and a host of nieces, nephews, cousins, and friends. His mother, Lorraine Sims Thurston, two sisters, Patricia Diane Francois, and Joyce Ann Thurston preceded him in death.
To plant a beautiful memorial tree in memory of Calvin Thurston, please visit our Tree Store

A Memorial Tree was planted for Calvin
We are deeply sorry for your loss ~ the staff at Marian Gray Thomas Funeral Home
Join in honoring their life - plant a memorial tree
Services for Calvin Thurston
There are no events scheduled. You can still show your support by planting a tree in memory of Calvin Thurston.
Plant a tree in memory of Calvin
Print
Online Memory & Photo Sharing Event
Online Event
About this Event