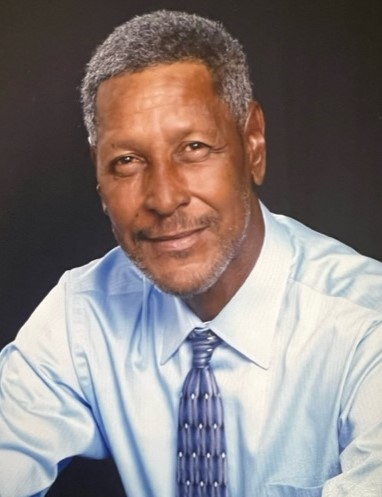 Please share a memory of Roger to include in a keepsake book for family and friends.
View Tribute Book
The youngest child of the late John and Edith Allen was born on June 18, 1952 in Powhatan, VA. Roger received his education in Powhatan County Schools. In September 1962, he accepted Jesus Christ as his personal Savior at an early age and was baptized into the fellowship of Mount Calvary Baptist Church under the leadership of Pastor P. W. Ross. Roger was very athletic throughout school and was very successful in baseball, playing pitcher, short stop and 3rd baseman. Roger worked for years as an auto mechanic. He did all types of autobody detail work, including building motors, painting cars & revving them up for the race track! Roger's most loved hobbies were hunting with his son and the 684 Hunt Club and talking shop and antique cars with the Powhatan Cruizers. Roger could always be found sipping on Miller High Life, with a straw, and sitting in his garage watching some of his favorite TV shows: Jerry Springer, The Steve Wilkos Show, Chicago PD and Judge Judy. Roger was given his nickname of "Doug" by two of his closest friends, Ronnie Cousins and the late Theodore "Big Red" Harrison. He married the love of his life, Mattie Janet Bell, on November 19, 1977. They enjoyed a life full of disco, race cars, and sporting events. To this beautiful union was born their one and only son, Roger Otis Allen, Jr. (Junnie Bug). Roger worked for many years at Brown Chevrolet as an auto-mechanic and also specialized in auto body work. He then worked for Philip Morris, USA for 31 years and retired in February 2004. One of his closest friends at Philip Morris was the late John Miles. On the morning of Wednesday, January 18, 2023 in the comfort of his home and with his family at his side, Roger transitioned from labor to reward. He was preceded in death by his parents and brother, Melvin Allen, Sr. He leaves to cherish fond memories his loving and devoted wife of 45 years: Mattie; son, Roger Jr; daughter-in love, Deone; two grandchildren: Mackenzie and Landen; brother: Virgil (Iona); sister: Audrey (Joseph Sr); brother-in-law: Elwood Bell (Pearl); sisters-in-law: Youlanda Ford (Edward), Denise Jackson, Veronica Grimes (Harthell); godchildren: Tyler, Logan, Morgan and Ashley; a host of nieces, nephews and friends. A special, devoted friend: Roy "Pork Chop" Palmore, Sr. – Roy visited Roger every week without fail and even visited daily during his transitioning period. Lifelong friends: Kali Brown, Roger Brown, Ronnie Cousins, Frank Cousins, Jr., Joe Crump, Clyde Evans, Lorenzo Harris, Leroy Jasper, Sam Taylor, Terry Harris & Norman Watson (Roger's "Johnny on the Spot #1 Plumbers"), Rev. Lawrence Wilson, and Maurice "#1 Barber" Tyler. Acknowledgments The Family wishes to acknowledge with deep appreciation the many expressions of love, concern and kindness shown to them during this time of bereavement. Special thanks to Dr. Michael Batalo with Bon Secours Cancer Institute in Midlothian, VA, Dr. Scott Vota with Bon Secours Neurology Clinic at Memorial Regional Center in Mechanicsville, VA, Medi Home Hospice Services & the compassionate, caring & devoted team of nurses: Claire, Tekeya, Ashley, Stephanie & Neena, Earl & Helen Hobson, "our catering services across the street" who faithfully made sure we had hot meals whether we ate them or not, The EPIC Fit Gym Family, Mt. Calvary Baptist Church, Mt. Zion Baptist Church and to Tammy McDowell for the beautiful artwork. We want to express our extreme gratitude to Pastor Bryan Pope and the Passion Community Church Staff for opening your doors to our family and friends to celebrate the life of our Roger. You have treated us with such compassion and kindness. Thank you. May God Bless and Keep You All!
To send flowers to the family or plant a tree in memory of Roger Allen, Sr., please visit Tribute Store
Thursday
26
January

Share Your Memory of
Roger
Upload Your Memory View All Memories
Be the first to upload a memory!
Share A Memory
Send Flowers
Plant a Tree