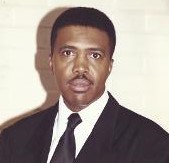 Please share a memory of Richard to include in a keepsake book for family and friends.
View Tribute Book
Obituary Richard Edward Richardson Richard Edward Richardson was born August 8, 1947, in Cartersville, Virginia to James and Lois Richardson. Richard became a member of New Hope Baptist church at an early age He attended Cumberland County Public Schools. After graduating Luther P. Jackson High School, he joined The Job Corp. After completing Job Corp, he moved to Brooklyn, New York where he lived for many years before moving to Yonkers, New York. Richard attended Baruch College in New York City where he majored in accounting, and he was employed at Transatlantic Insurance Company until his retirement. After retirement he continued working part time at Bloomingdales Department Store. After living in New York for several years and making it his home, he joined and became a member of Convent Avenue Baptist Church in Harlem, New York where he served on the usher board for several decades but never forgot home (Cartersville) and New Hope Baptist Church. He loved to travel, dance, and have fun with friends and family which was important to him. Richard was preceded in death by his parents; James and Lois Richardson, brothers; James and John and sister-in law; Roberta Richardson. He leaves to cherish his memories; two nephews, William, and John (Michelle); two nieces, Jacqueline (Wayne) and Michelle (Tony); and a host of other nieces, nephews, and cousins. He also leaves behind several friends he admired, respected, and always spoke of in a caring and special way: They are Katherine Crump-Bolling, Diane Johnson-Taylor and Loretha Trent-Thomas. Two very special people in his life were Dr. Barbara Crump, his cousin whom he considered his sister, and Spencer Crump as his big brother.
To send flowers to the family or plant a tree in memory of Richard Richardson, please visit Tribute Store
Friday
6
January