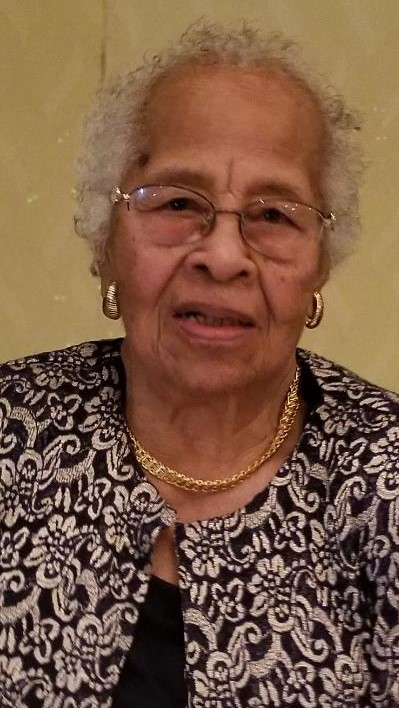 Please share a memory of Rose to include in a keepsake book for family and friends.
View Tribute Book
Rose Elizabeth Pleasants Tyler was born in Powhatan, Virginia February 24, 1927, to John L. Pleasants, Sr., and Valara Wyatt Pleasants. She was the second of eight children. She graduated from Pocahontas High School in 1944 and Cosmetology School in 1946. At an early age Rose confessed Jesus Christ as her Lord and Savior. Joined the Shiloh Baptist Church, Powhatan, Virginia. With a passion she served on the Willing Workers, Mittie E. Tyler Order of the Tents, Choir, Missionary, Trustee Board, Deaconess and of course, the Hospitality Committee. Later she joined the Unity Community Church, Powhatan, Virginia in January 2019. Ms. Rose, as she was affectionately called, worked at W. T. Grant in her early adulthood and after 30 years of employment retired from Lea Industries, known as David M. Lee. After retirement she cared for her father in his later years. After his passing, she was employed part-time at Bill's Barbeque and was able to work in the field of her passion, "cooking." Affectionately known by some as the "Fruit Cake Lady." Ms. Rose's other passion was children, as she was a babysitter to some of the little ones, in the family and in the neighborhood, one special, Waniya Robinson. Ms. Rose entered into the presence of the Lord, Thursday, December 15, 2022. She joined her late husband Robert L. Tyler as they celebrate their 75th Wedding Anniversary on December 24th. Rose was preceded in death by her parents, John L. Pleasants, Sr., and Valara Wyatt Pleasants; brothers, John L. Pleasants, Jr., George Richard Pleasants, Nathan Pleasants; sisters, Ester Adelle Bolling, Edith Goode; and godson, Alexander Swan, Jr. She leaves to cherish her memory; devoted daughter, Rhonda Tyler; sister, Jessie King; brother, Henry Pleasants (Laura); sisters-in-law, Glena Cox (Richard), Betty Peasants, Wilnet Pleasants; brother-in-law, Warner Robinson; godson, Glenn Cox; devoted great-grand niece, Paris Taylor; a host of nieces, nephews, cousins, friends, and her Unity Community Church family. In lieu of flowers, please send memorial donations to Unity Community Church Building Fund, P.O. Box 428, Powhatan, VA 23139
To send flowers to the family or plant a tree in memory of Rose Tyler, please visit Tribute Store
Monday
26
December

Share Your Memory of
Rose
Upload Your Memory View All Memories
Be the first to upload a memory!
Share A Memory
Send Flowers
Plant a Tree