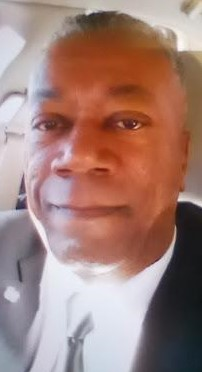 Please share a memory of Allen to include in a keepsake book for family and friends.
View Tribute Book
…Because Allen Cleo Brown, Lived, June 18, 1952-November 27-2022, We Celebrate!!! Just as sand passes through an hourglass, so too, do the days of our lives. On June 18, 1952, in Cumberland, Virginia the sands began to fill the hourglass of Allen Cleo Brown. It was on Sunday, November 27, 2022, as Cleo took his last breath, that the sands of his hourglass ceased to fall. He was the fifth of five sons: Walter, Paul, Barry, Lindsey, and Allen born to the late Willie Gordan and Aretha Mayo Brown. Allen was educated in the Buckingham County Public School system. The friendships he developed there would follow him for a lifetime. In 1970, Cleo graduated from Carter G. Woodson High School. He served as Class Chaplain of his graduating class. Soon after graduation, Cleo would take the same journey from Virginia to Jersey City, that his brothers; Paul, Barry, and Lindsey (all, who proceeded him in death), would take before him. There he joined his brother Walter and his wife Mary, who sheltered him until he could move out on his own. Upon his arrival to the northern city, he sought work and landed his first job at the, then, New Jersey Printing Company. He would work there from 1970-1974. From the printing company he worked as a messenger at the New York Stock Exchange (NYSE). Sometime in the early 1980's he left the NYSE and purchased a bar, with his business partner. Samuel Palmer. The bar, located in New York's cozy Theatre District, was known as Cleo's 9th Avenue Saloon. He ran his business until he retired and relocated to Maryland. His stay in Maryland was brief. In 2010, Cleo would return to his hometown in Virginia where he would remain until his death. "The best portion of a good man's life is his little nameless unremembered acts of kindness and of love" – William Wordsworth Cleo was ecstatic to be returning to familiar ground. He felt at peace back home in Cumberland. It did not take him long to fall right back into known surroundings, re-acquaint with kinfolk, and re-connect with old friends. Eager to inspire, Cleo shared his lifetime of skills, experiences, and entrepreneurial spirit wherever he could. He re-joined his childhood church and served as a trustee. He used his voice and sang on the senior choir. Allen joined Lodge #30, Randolph of Free Acceptance Masons; where he went on to achieve 32nd Degree. Cleo enjoyed being back at home. Traveling was by far one of Cleo's favorite things to do. He traveled extensively to many destinations around the globe. Even as a constant globetrotter, Cleo would emphatically claim, Fire Island, located off the coast of Long Island, New York, to be his favorite vacation destination. He encountered a host of individuals wherever he journeyed. For, him, it was an absolute pleasure to entertain them all. Ultimately, his fondness of meeting people would be the inspiration to spark his interest to be a bar owner. His love of cooking and experimenting with different recipes was common for him. During the Christmas holiday season, he would make delicious fruitcakes that he shared at work, home, church and wherever family and friends gathered. Decorating was his forte. When he decided to move back to Cumberland he was inspired to renovate and decorate the family homestead. Once completed, he named it Aretha's Grander, in honor of his adored Mother. His humorous spirit and fond memories will be carried in the hearts of all who love him. He leaves to mourn his passing and cherish his life; one brother, Walter V. Brown, two sisters-in-law; Mary Brown, Gloria Brown, two nephews; Walter "Terry" Brown Jr., and Darrell Brown; three nieces; Alberta Medina, Michelle Ingram (Curtis), Lindsay Brown (Lynn); nine grand and great-grand nieces and nephews, aunt, Dorothy Johnson, uncle, Morris Mayo and a host of other relatives and friends. Alright, Alright, Alright, Sir Allen Cleo Brown, you've gained your wings. Take flight dear brother, uncle, cousin, and friend. We shall hold here down, until we meet again!!! "I'm Free" Don't grieve for me for now I'm free, I'm following the path God laid for me I took his hand when I heard him call, I turned my back and left it all I could not stay another day, To laugh, to love, to work or play Tasks left undone must stay that way, I've found that peace at the close of day If my parting has left a void, Then fill it with remembered joy A friendship shared, a laugh, a kiss, Ah yes, these things I too will miss Be not burdened with times of sorrow, I wish for you the sunshine of tomorrow My life's been full, I've savored much, Good friends, good times, my loved one's touch If my time seemed all too brief, Don't lengthen it now with undue grief Lift up your heart, rejoice with me, God wanted me now, He set me free. Committal Randolph Lodge #30 of Free Accepted Masons, Farmville, Virginia, will conduct the Masonic Rites Service for Allen Cleo Brown at his final resting place in the Petersville Baptist Church Cemetery.
To send flowers to the family or plant a tree in memory of Allen Brown, please visit Tribute Store
Friday
9
December

Share Your Memory of
Allen
Upload Your Memory View All Memories
Be the first to upload a memory!
Share A Memory
Send Flowers
Plant a Tree