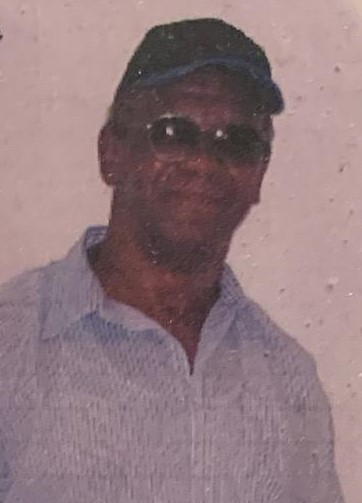 Please share a memory of Henry to include in a keepsake book for family and friends.
View Tribute Book
Reflections of Life On Saturday, November 26th, 2022, Henry Garrison Davenport, senior. Made his transition from Bon Secours Hospice House in Richmond, Virginia, to God's Heavenly Home at the graceful age of seventy-nine (79). Henry was born in Cumberland, Virginia on February 2, 1943, to the late Lloyd William Davenport, Sr., and Hazel Lee Davenport. He attended Luther P. Jackson High School in Cumberland, Virginia until relocating to Paterson, New Jersey. Henry resided in Otisville, New York for many years until relocating to Chesterfield, Virginia, upon his semi- retirement from C&C cola in Linden, New Jersey as a truck driver. He was self-employed as an Owner Operator Truck Driver for several years until his retirement and relocation to Virginia. "Henry" was known as a sharp dresser and he always had on a pair of sunglasses, and was a lover of foreign cars, trucks, and motorcycles. He had a gentle, loving, and jovial spirit. A man of few words, but when he spoke everyone would listen. He was affectionately known as the "cool uncle" by his nieces and nephews. He was preceded in death by his wife, the late Francis "Fran" Davenport; parents, Lloyd William Davenport, Sr. and Hazel Lee Davenport; brother's, Lloyd, Jr. (Leolaree), call from Chester, Harry, "Capp" (Cyncia), Paul (Deloris), Jesse W. (Lottie), Arthur (Ada), Theodore "Bubba" (Mary), and Ollie Davenport; sisters, Ruth Davenport and Sarah Foster (Mack), all of New Jersey and Virginia. He leaves to cherish his memories, his children: son, Henry Garrison Davenport, Jr. (Pamela) of Paterson, New Jersey and daughter, Vanessa Davenport-Norwood (Leon) of Georgia. His loving partner and caregiver, Barbara Librizzi of the home. Twelve (12) and children, Travis and Frances Davenport of Alabama, Tyshon, Amanii, Henry lll, and Di'Audre Davenport, all of New Jersey; Marcus, Sr. (Rosa), Nageyah, and Brian Vinson; Naimah Young, Elijah Norwood, and Ashanti Jones; all of Georgia. Thirteen (13) great- grandchildren; Harmonie, Melodie, Jermaine , and Theodore Moore, of Alabama; Marcus,Jr., Ayahnis, and Amariah Vinson, Romel Jean, Raheim Harris, Niva and Naomi Young, Nehki Scales and Helayna Glover, all of Georgia. His siblings: Reverend Wesley Joe Davenport (Mae) of Buckingham, Virginia; Thelma Morris (Lorenzo) of Powhatan, Virginia and Lottie foster of Cumberland, Virginia. A special niece, Michelle Davenport Montgomery of North Carolina. A host of loving nieces, nephews, great nieces, great nephews, relatives, and friends also survive him. Henry will be greatly missed by many, and his cherished memories will forever live in our hearts, with an everlasting love. The Master Called I'm sorry I had to leave you. My loved ones, also dear. But you see, the Master called me his voice was very clear! Come on I had made my reservation A heaven bound ticket for one. And I knew that He would call me When He felt my work was done. I know that your hearts are heavy Because I have gone away. But when the Master called me, I knew I could not stay. Yes, I'm sorry I had to leave you My loved ones, oh so dear. But you see the Master called me And now I'm resting here. Yes, I've crossed on over to glory And to you all I say Just stay in the hands of Jesus And we'll meet again someday The family of the late Henry Davenport wishes to acknowledge with deep appreciation the many expressions of love, concern, and kindness shown to the family during this hour of bereavement. We would like to personally thank you and let you know that your acts of kindness will not be forgotten. May God bless and keep you. A special thank you to Marian Gray Thomas Funeral Home, Legacy Hospice, Rising Zion Baptist Church, and M. Henry Designs.
To send flowers to the family or plant a tree in memory of Henry Davenport, Sr., please visit Tribute Store
Saturday
3
December

Share Your Memory of
Henry
Upload Your Memory View All Memories
Be the first to upload a memory!
Share A Memory
Send Flowers
Plant a Tree