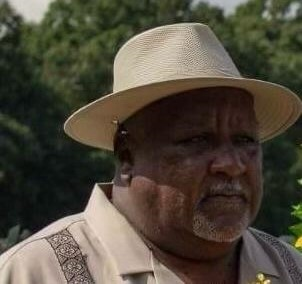 Please share a memory of Melvin to include in a keepsake book for family and friends.
View Tribute Book
Melvin Jerome Williams affectionately known as "Butch," the son of Melvin A. Williams and Elizabeth B. Williams was born on July 19, 1951, in Harlem, New York. At an early age he was baptized and joined the New Hope Baptist Church in Cartersville, Virginia. He was a 1969 graduate and class president of Luther P. Jackson High School. He then served his country in the United States Marine Corp. and fought in the Vietnam War. Melvin was joined in holy matrimony to Nellie M. Johnson in January 1973. Together they reared five children. He was employed for thirty-one years with the city of Richmond Public Work's. After retirement he enjoyed spending time with his family, fishing with his friends, playing cards, and he was an avid Washington Commanders fan. On Thursday November 10th, 2022, our beloved Melvin peacefully joined his heavenly family. He is proceeded in death by his wife; Nellie, daughters; Renee, and Brenda, parents, and grandparents. He leaves to cherish fond memories; his three sons, Lorenzo Johnson (Sharon), Steve Johnson (Cheryl), Melvin Harvey Williams (Lisa); one daughter, Alicia Williams; one son in-law, Vincent McFarley; sixteen grandchildren, LaTiesha Taylor (Derick, Sr.), JaVonte Harris (Shaleta), Marcus, Vincent Jr., Dante, Brian, Kevin, Amber, Kennedy, Olivia, Ella, McKayla, Maliki, Melanie, Jason, Nyla; two great grandchildren, Derick Jr, and Valentina; two brothers, Michael Williams and Maurice Williams; two sisters, Lisa Williams, and Leslie Jackson (Charles); three brother in-laws, Curtis James, Lawrence Johnson, and Edward Mosby; one sister in-law, Ann Mosby, a devoted nephew, Rickey James, a devoted friend Robin Johnson, and a host of nieces, nephews, cousins, and friends. His Journey's Just Begun Don't think of him as gone away his journey's just begun life holds so many facets this earth is only one. Just think of him as resting from the sorrows and the tears in a place of warmth and comfort where there are no days and years. Think how he must be wishing that we could know today how nothing but our sadness can really pass away. And think of him as living in the hearts of those he touched for nothing loved is ever lost and he was loved so much. A Letter from Heaven When tomorrow starts without me, and I'm not here to see, If the sun should rise and find your eyes, filled with tears for me. I wish so much you wouldn't cry, the way you did today, While thinking of the many things, we didn't get to say. I know how much you love me, as much as I love you, and each time you think of me, I know you'll miss me too. When tomorrow starts without me, don't think we're far apart, for every time you think of me, I'm right there in your heart. Acknowledgements The family wishes to extend our sincere thanks to each of you for the many acts of kindness shown to us during this difficult time. May God bless you and His love be yours to share.
To send flowers to the family or plant a tree in memory of Melvin Williams, please visit Tribute Store
Friday
18
November

Share Your Memory of
Melvin
Upload Your Memory View All Memories
Be the first to upload a memory!
Share A Memory
Send Flowers
Plant a Tree