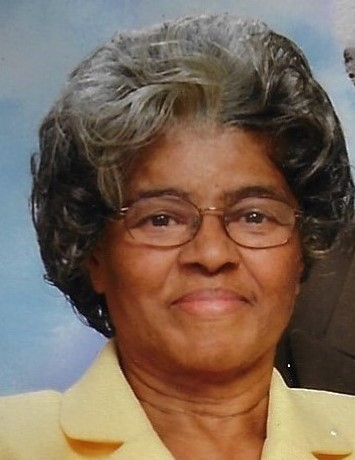 Please share a memory of Deacon Estelle to include in a keepsake book for family and friends.
View Tribute Book
"And whatever you do, in word or deed, do everything in the name of the Lord Jesus, giving thanks to God the Father through him." ~Colossians 3:7 Estelle Jones Crump was born May 17, 1940 to Willie Jones, Sr. and Mary Foster Jones. Estelle received her education in the Cumberland School System. She joined the New Hope Baptist Church at an early age and remained until her passing. She was a member of the Senior Choir, Missionary and Women's ministry, Deacon Board, pastor's aide president and food service president. Estelle was united in marriage to Robert Crump who preceded her in death. To this union six children were born: Shirley, Robert, Jr., Estelle, Samuel, Kathy and Tyrone. Estelle worked several different jobs, but she worked for Dr. and Mrs. Wright for over 30 years. In latter years, she started working for his cousin, Dr. and Mrs. Kauffmann. Estelle passed away quietly at her home on Tuesday, August 16, 2022 in Cartersville, Virginia. She was preceded in death by: her parents; great-grandson, Jaylon Hatcher; sisters, Sallie Gilliam and Ida Jones; sister-in-law, Connie Crump; brothers-in-law, Ulysses, James Crump and Sam Bolling. She leaves to cherish fond memories: daughters, Shirley Bolling (Russell), Estelle Crump aka Venus and Kathy Hatcher (Lonnie); sons, Robert Crump, Jr. (Pamela), Samuel Crump and Tyrone Crump (Tasha); twenty grandchildren; twenty-three great-grandchildren; ten great-great grandchildren; devoted brother, Willie Jones, Jr. (Catherine); four sisters-in-law, Katherine, Shelia, Barbara and Carrie; five brothers-in-law, Charles, Spencer, Ernest, Joseph and Aaron; devoted cousin, Jean Gilliam, and a host of relatives and friends. You Can Only Have One Mother You can only have one mother - patient, kind and true. No other friend in all the world will be the same to you. When other friends forsake you, to mother you'll return, for all her loving kindness. She asks for nothing in return. As we look upon her picture, sweet memories we recall of a face so full of sunshine, and a smile for one and all. Sweet Jesus, take this message to our dear mother up above. Tell her how much we miss her and give her all our love. Shirley, Robert Jr., Venus, Samuel, Kathy, and Tyrone Acknowledgements The family wishes to express their sincere gratitude to all those who have supported us with cards, calls, texts, and prayers during this time of bereavement. May God bless you and His love be yours to share.
To send flowers to the family or plant a tree in memory of Deacon Estelle Crump, please visit Tribute Store
Sunday
21
August

Share Your Memory of
Deacon Estelle
Upload Your Memory View All Memories
Be the first to upload a memory!
Share A Memory
Send Flowers
Plant a Tree