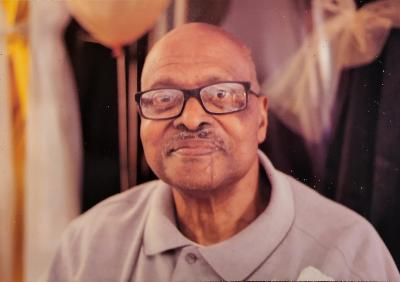 Please share a memory of Herbert to include in a keepsake book for family and friends.
View Tribute Book
The Life of Herbert Howard Herbert Howard, son of William Howard & Elizabeth Hardy, was born on January 8, 1940, in Georgiana, Alabama. Herb accepted Jesus Christ at an early age and was baptized at Long Creek Baptist Church in Georgiana, Alabama. He later joined the Mt. Olive Baptist Church in Cumberland, VA. He was a member of the Male Chorus and served on the Trustee board. He was a faithful member until his health started to decline. He was always willing to help others and was such a good husband, father, grandpa and was always available when family needed help. Herb loved the outdoors and could make any kind of flowers grow. He traveled the neighborhood attending different churches and delivering Avon along the way. Herb was loved by everyone and made friends wherever he went. Herb attended public school in Georgina, Alabama. After high school, he moved to Florida for a short time, then New York, and later in life he moved to Aberdeen, Maryland. While in Maryland he married and became the father of 4 children, 3 sons: Herbert Jr, Tyrone, Ronald, and 1 daughter: Jennifer. Herb was an avid cook and worked many years at the Maryland House in Maryland as a Food Service Supervisor. In 1983 he moved to Virginia and was employed at Powhatan Correctional Center as a Food Service Supervisor and remained there until retirement. Herb enjoyed cooking and was known to make the best chocolate cakes around. He gained his wings on Tuesday, June 14, 2022, at Lynchburg General Hospital, Lynchburg, VA with his wife by his side. He was preceded in death by his parents, one son Ronald, four brothers: Ernest, Ray, Willie Dee, and Hosea, one stepsister Florida, and one sister in law Alice Jefferson. He leaves his devoted wife of 40 years of marriage Vera Howard, one son Michael (Cristy) Sanders of Atlanta, GA, two granddaughters: Brittany (George) Thornton of Louisa, VA, and Sydney Sanders of Atlanta, GA, three great grandchildren: Branson Hayes, Jordyn Thornton, and Zara Thornton all of Louisa, VA, three sister in laws: Shirley (Ray) Lipscomb of Richmond VA, Ann (Michael) Carter of Bowling Green VA, and Cordell (Burton) Wright of Ashland VA. A devoted niece Lavonda Henderson. A host of other nieces and nephews; two devoted cousins: James Johnson and Tyrone West. Other devoted friends: James and Theresa Dabney. Special thanks for the care: Lois Brown, Faye Lewis, Melissa Fucinna, and the staff at Central Pace in Farmville, VA.
To send flowers to the family or plant a tree in memory of Herbert Howard, please visit Tribute Store
Sunday
26
June

Share Your Memory of
Herbert
Upload Your Memory View All Memories
Be the first to upload a memory!
Share A Memory
Send Flowers
Plant a Tree