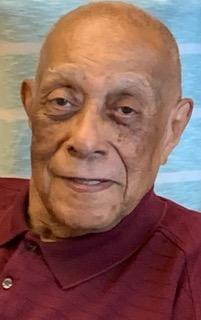 Please share a memory of William to include in a keepsake book for family and friends.
View Tribute Book
Obituary William Edward Wiley 1930-2022 William was born in September 1930 in New York. The family later moved to Powhatan, Virginia. William grew up and finished high school in Powhatan. He then attended college at the University of Maryland and obtained a bachelor's degree in agriculture. After college he taught agriculture at the historic Kennard High School in Centreville, Maryland. The high school is now the Kennard African American Cultural Heritage Center. William subsequently joined the U.S. Army. He progressed through the ranks and retired at the rank of Sergeant Major. While in the Army, he served (2) tours in Korea and (1) tour in Vietnam. Upon retiring from the military, he subsequently returned to Powhatan and worked for Defense Supply in Richmond. William loved to travel around the country with family members and they truly had some great adventures. He also liked to help take care of the elderly in the community and was always willing to lend a hand. He was all about having a good time and was quite humorous and quick witted. William was one of Jehovah's Witnesses. He passed away April 30, 2022 He is preceded in death by his wife Gladys C. Wiley, his parents Percy O. Wiley and Ethel H. Delaney and his sister Bernice Booker. Survivors include his children, daughters - Karen Deans, Elizabeth "Beth" Hendricks (Ray), Gwendolyn "Gwen" Schneider (Michael), Shelia Benson (William) and sons William Wiley, Jr. (Jeanne) and Derwin Wiley, a brother Percy O. Wiley (Versene), grandchildren, nieces, nephews, cousins, and a host of friends.
To plant a beautiful memorial tree in memory of William Wiley, Sr., please visit our Tree Store

Look inside to read what others have shared
Family and friends are coming together online to create a special keepsake. Every memory left on the online obituary will be automatically included in this book.
View Tribute Book
Services for William Wiley, Sr.
There are no events scheduled. You can still show your support by planting a tree in memory of William Wiley, Sr..
Plant a tree in memory of William

Share Your Memory of
William
Upload Your Memory View All Memories
Be the first to upload a memory!
Share A Memory
Plant a Tree