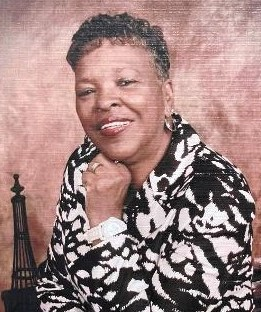 Please share a memory of Alice to include in a keepsake book for family and friends.
View Tribute Book
Alice Lee West Jefferson, daughter of Sceamer G. Rose and Eddie West Sr., was born on November 30, 1949, in Cumberland Virginia. She departed this life to be with the Lord, On Wednesday April 27, 2022, at her home. At an early age Alice accepted Jesus Christ as her Savior and was baptized at the Mt. Olive Baptist Church. She served as a Trustee and an active member until a decline in her health. She attended Luther P Jackson High School and graduated in June 1968. After graduating she moved to Baltimore Maryland and began working for Misty Harbor until the early 1980's. Upon returning home, she began her career with The James River Correctional Center. During her tenure there she was a transportation officer, ran a work gang, managed the armory, was a member of the Honor Guard, and later retired as a Sargent after 26 ½ years. Alice was an active member of her community. The only thing she would turn down was her coat collar. She took pride as a volunteer at The Cumberland County Food Bank and became a coach for the Cumberland County High School Track team. "Grandma Alice" as everyone called her was a pillar amongst the team and always made sure they had snacks waiting whenever they had an event. Also, she was a member of the Red Hatters of Cartersville. Affectionally known as "Polly" by her daughter LaVonda and "Grandma Alyce" by three of her grandchildren whom she helped raised: Tiny Baby (Tayanna), Noonie (Nasir) and Sissy (Na'londa). She was an avid gardener and loved being outside. She had a green thumb and truly enjoyed everything from cutting grass to planting flowers and vegetables. Her flower garden was her true pride and joy which she worked on tirelessly each season. As a top-of-the-line dresser, Alice loved going to the mall and looking for bargains where she could use her coupons and get an additional 20 % off. Alice will be deeply missed but her legacy will live on forever. She was preceded in death by her parents and brother, Eddie West, Jr. She leaves two sons; Kevin West (Patricia), Darryl Bradley, one daughter; La'Vonda Henderson, eight grandchildren; Jasmine West, Kevin West Jr., Tayanna Bradley, Angel Austin, Nasir McDonald, Na'Londa Henderson, Xiona Chavis, Janelle Sexton-Bradley, two great-grandchildren; Eve West & Autumn Holmes; four sisters, Vera Howard (Herbert), Shirley Lipscomb (Raymond), Ann Carter (Michael), Cordell Wright (Burton); one aunt, Minerva Fleming; one sister-in-law, Verna Mahan; a host of nieces, nephews, one devoted; Michael Sanders (Cristy), cousins and friends, including one special, William Burke, several devoted, Emma Lewis (Caesar), Sharon Banks, Andreal Shelton and Michael Tate.
To send flowers to the family or plant a tree in memory of Alice Jefferson, please visit Tribute Store
Wednesday
4
May

Share Your Memory of
Alice
Upload Your Memory View All Memories
Be the first to upload a memory!
Share A Memory
Send Flowers
Plant a Tree