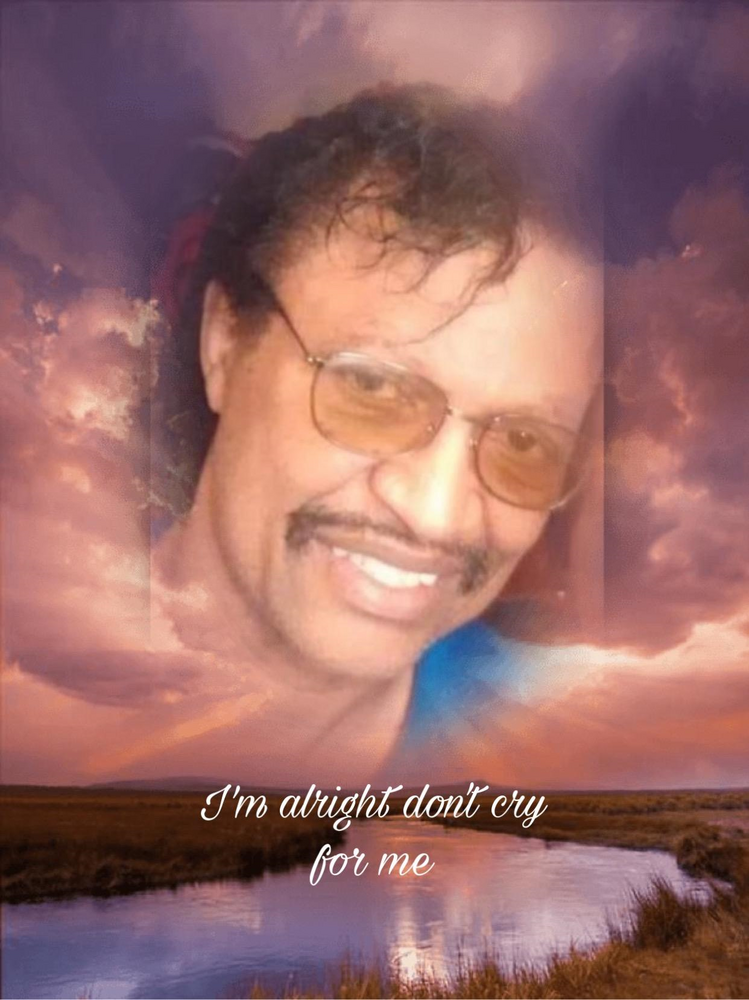 Please share a memory of Harry to include in a keepsake book for family and friends.
View Tribute Book
Harry Luther Royal Harry Luther Royal was born on July 4, 1946, to Dorothy Virginia Royal. Luther as he was always called was reared by his grandparents Harry and Carrie Royal. Luther attended Pocahontas School in Powhatan, VA. As a youth, Luther loved to hunt and was known as "Davy Crockett" because of his sharp shooting skills. He also had a passion for drawing. With support from the late H.R. Byers, one of his portraits hung at Carnegie Hall, Philadelphia, PA. Luther also loved repairing automobiles, especially Antiques. Racing fast cars and riding motorcycles was another hobby he enjoyed. He and his friend Henry Davis once embarked on a motorcycle tour of the United States and Canada. Luther also formed several R&B Bands: The Royal Seven and Fire and Ice. He admired the song styling of Sam Cook and often performed his music. He was very popular and sought after in the surrounding community and Richmond. On December 28, 1968, he married Shirley Hicks, they had no children from this union. One godson Robert Jacobs Jr. He is survived by his wife Shirley, five brothers: Anthony Brown, Robert Fox, Raylest Fox, Emmett Brown (Wanda) and Michael Fox, four sisters; Jeanette Johnson, Shirley Fox, Tonya Brown, Dorothy Ann Fox, two aunts; Shirley Branch, Earlene Wilson, nephews; Mario Fox, Spencer Harris, nieces; Daeshar Taylor Shabazz, Shaniece Wilson, great nephews; Corey Bynum, Jr., Aji'Yah Shabazz, great nieces; Shade'ja Shabazz, ShaNee'b Shabazz, Brooklyn Mariner, one sister-in-law; Celestine Yates, a host of cousins; devoted friend, Ervine Brown, several special friends; Duvall Taylor, Henry Davis, Fitzgerald Smith, Walter Smith, Thomas Jones, Wallace Jones, Winky Cox, Lee Cleveland, Kenneth Scruggs, Lonell Richardson, and Derwood Strudd. One Day At a Time Because you loved, there will be tears Because you laughed, there will be memories Because he lived, there will still be joy. ~Shirley "His Journey's Just Begun" Don't think of him as gone away - his journey's just begun life holds so many facets this earth is only one. Just think of him as rest from the sorrows and the tears In a place of warmth and comfort where there are no days and years. Think how he must be wishing that we could know today How nothing but our sadness can really pass away. And think of him as living in the hearts of those he touched… for nothing loved is ever lost - and he was loved so much. Author Unknown
To send flowers to the family or plant a tree in memory of Harry Royal, please visit Tribute Store
Tuesday
8
February

Share Your Memory of
Harry
Upload Your Memory View All Memories
Be the first to upload a memory!
Share A Memory
Send Flowers
Plant a Tree