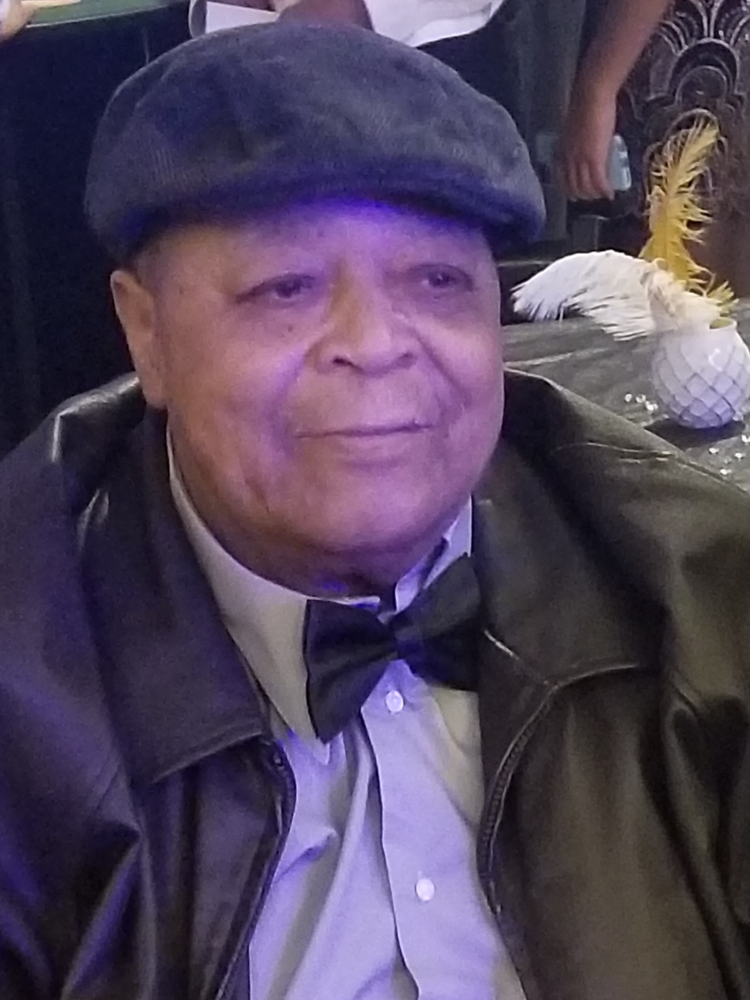 Please share a memory of Thomas to include in a keepsake book for family and friends.
View Tribute Book
Thomas Al Jannah Hendricks, son of the late Thomas Hunter Hendricks, and Jessie Elanor Mabry-Hendricks was born on November 25, 1937 in Mecklenburg County, Virginia. Thomas received his education in the Mecklenburg County Public School System. He was baptized and joined Good Hope Baptist Church in Blackridge, VA. Thomas moved to Queens, New York where he met Nancy Bell-Hendricks in 1963. They were married on January 20, 1966. They were blessed with three children, Michael Hendricks, Glenn Hendricks, and Bridget Braxton. Thomas was employed as a building mechanic at the National Grid in 1974 until his retirement in 1991. Thomas will always be remembered for his kind and giving spirit. He was a devoted husband and father. Thomas truly loved all his family and friends. In his 84 years he touched so many lives simply because he was Thomas aka Tom, Tommy, or Uncle Tommy Jr. Thomas A. Hendricks departed this life on January 16, 2022 at Medstar Franklin Square Hospital at the age of 84. He was preceded in death by one brother, Ellsworth R. Hendricks; father-in-law, Irvin Bell, Sr., mother-in-law, Willie Sue Bell; two brothers-in-law, Edward Smith and Willie Gamble; two sisters-in-law, Marva Whitlock and Mary Hendricks. He leaves to cherish his memory: his loving wife, Nancy Hendricks; three children, Michael Hendricks, Glenn Hendricks, and Bridget Braxton; One daughter in-law, Carla Hendricks; one son-in-law, Damon Braxton; 4 grandchildren, Charice Hendricks; Alexa Hendricks, Bria Hendricks and Myles Hendricks; two great-grandchildren, Jordan and Emily Bowles; Siblings, Bryant Hendricks, Thelma Harris, Ethel Smith; one aunt, Juanita Jones; four brothers-in-law, Dallin Bell (Barbara), Roger Bell (Mary), Irvin Bell Jr., and Edward Bell (Karen); five sisters-in-law, Barbara Hendricks, Valerie Gamble, Leah Kirkland (Glenn) Karen Bell and Yvette Bell; a host of nephews, nieces, cousins, friends, his devoted great-nephew Ernest James III and devoted friend Christopher Green. COME TO ME God saw you getting tired And a cure was not meant to be So He put His arms around you And whispered, "COME TO ME." With tearful eyes we watched you As you slowly slipped away And though we loved you dearly We couldn't make you stay. Your golden heart stopped beating Your tired hands put to rest God broke our hearts to prove to us He only takes the best. Love Always, Your Wife, Nancy Hendricks Your Children, Michael, Glenn, and Bridget
To send flowers to the family or plant a tree in memory of Thomas Hendricks, please visit Tribute Store
Monday
31
January

Share Your Memory of
Thomas
Upload Your Memory View All Memories
Be the first to upload a memory!
Share A Memory
Send Flowers
Plant a Tree