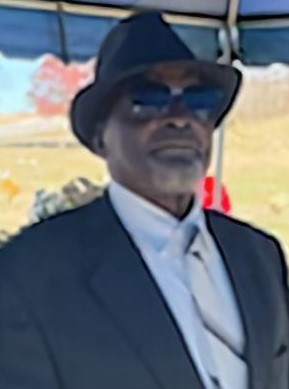 Please share a memory of Samuel to include in a keepsake book for family and friends.
View Tribute Book
Samuel Brooks, Jr., was born January 1, 1946 in Cumberland, Virginia to Samuel Crump and Helen Brooks. He transitioned peacefully on January 21, 2022 at Centra Southside Hospital Farmville, Virginia. He was reared in a loving home with his mom and stepfather Frank Carter and twelve siblings. Sam, as he was affectionately known, was baptized at an early age and joined the Rocky Mount Baptist Church. He attended the Luther P. Jackson Training School and early in life he decided that he needed to go out into the working world, and he landed a job with the Stack House Cable Company for many years. Later in life he decided that he needed to move on and started working for Johnny R. Asal Lumber Company for 20 plus years until retirement. Sam was a quiet and humble man and maintain many lifelong friends which he enjoyed being around, but the love he had for his family and grandchildren was unconditionally. He loved to attend his garden, cutting grass but most of all he loved to pittal. He was preceded in death by his parents; stepfather, daughter; Felicia Brooks Hobbs and Husband Nathan; grandson, Joshua Crump; brothers, Monroe, and Ronnie Brooks; sister, Rosalyn Lee; brother-in-law, Wilson Booker, Sr.; several nieces and nephews. He leaves to cherish fond memories: two sons, Tyrone A. Brooks (Janet) of Blackstone, VA., and Samuel A. Brooks (Artesha) of Cumberland, VA; life partner, Mary Braxton; seven grandchildren, Xavier (Rochelle), Antania, Tyrell, Antonio, Jalissa, Ireon and Danzell; sixteen great-grandchildren; five brothers, Aleck Brooks, Tom Brooks (Virgie), Earl Brooks (Beverly), Robert Carter (Susie), and David Lee Carter; four sisters, Ada Lee Booker, Everlene Witcher (Eugene), Annie Bell Minter (Clyde), and Nancy Ann Lewis (Sherman); a host of nieces, nephews, great nieces, great nephews, cousins, and friends. "When Tomorrow Starts Without Me" When tomorrow starts without me, and I'm not there to see, if the sun should rise and find your eyes filled with tears for me, I wish so much you wouldn't cry the way you did today, while thinking of the many things we didn't get to say. I know how much you love me, as much as I love you I know you all will miss me too When tomorrow starts without me, don't think we're far apart, for every time you think of me, I'm right here in your heart. ~ Author Unknown Love You! Dad! Tyrone & Antonio
To send flowers to the family or plant a tree in memory of Samuel Brooks, Jr., please visit Tribute Store
Wednesday
26
January

Share Your Memory of
Samuel
Upload Your Memory View All Memories
Be the first to upload a memory!
Share A Memory
Send Flowers
Plant a Tree