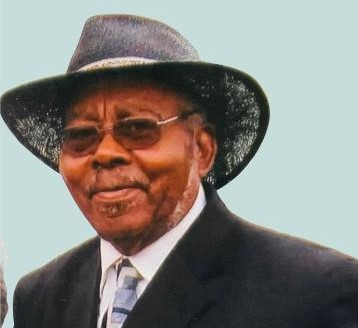 Please share a memory of Walter to include in a keepsake book for family and friends.
View Tribute Book
Walter Saunders died on January 15, 2022, at the Bon Secours St. Francis Medical Center in Midlothian, Virginia from medical complications. Walter was the first Black baby to be born at Mather Hospital in Port Jefferson, NY. His parents were the late Walter Saunders and Florene Vaughn Saunders Mayo of Powhatan, Virginia. Walter was committed to his family and willingly made sacrifices to support them. After his father's death, he left school to help his mother take care of the family. At that time, he was only in 8th grade at the Ballsville School in Ballsville, VA. He married the love of his life, Mary Jane Hatcher Saunders of Baltimore, MD on June 12, 1952, and from this union four children. He moved to Riverhead, NY in 1952 in search of solid employment and a better life for his family. He and Mary Jane saved enough money to buy a home and were the first Black family to purchase a home in their neighborhood. Walter became a member of Tyre Lodge No. 91, Prince Hall Freemasonry and, on March 22, 1980, he joined Tyre Chapter No. 62, Prince Hall Order of Eastern Star. He was also a member of the Royal East No. 36, Prince Hall Holy Royal Arch Masons. He had an avid love for masonry and served in many capacities, including serving as Worthy Patron in 1984 and 1987. He worked as an orderly at the Central Suffolk Hospital, Riverhead, NY for 10 years and at the Brookhaven National Laboratory in Upton, NY for 31 years. He also worked at the Ridge Rest Home for 10 years. He had a gift for caring for others. In 1994, they moved back to Powhatan to help with his mother who was aging. During this time Walter and Mary fostered 15 children. He reunited with his church, Mt. Pero Baptist Church, which he had joined as a young boy. There he was a member of the Missionary Ministry, faithfully attended Sunday School and Bible Study, served as Sexton for a number of years, was a member of the two church choirs, a Male Chorus, and a member of the kitchen committee. He helped to take care of the cemetery. Though his formal education ended early, Walter was a lifelong learner who loved the Word of God, was a master of gardening and the land, contributed to his community, and served in his church. He loved entertaining guests, sharing his homemade wine, and spending time outdoors. He is survived by his wife of 69 and a half years; Mary Jane Saunders, four children; James Goff (Helen) of Riverhead, NY; Walter Hatcher of Houston, TX; Sandra (Marvin deceased) Dozier of Southampton, NY and Troy (Sandy) Saunders of Chesapeake, VA. He was predeceased by his son Samuel Monroe Saunders, his grandson, Andre Goff, his parents Walter Saunders and Florene Mayo and his step-father, George T. Mayo, Sr. He is also survived by his sister, Marie (Bennie Lee-deceased) Futch of Riverhead, NY and sister in-law, Novella Mayo, wife of his step brother (George T. Mayo-deceased), Cartersville, VA. He is preceded in death by his other siblings; sister: Lottie Belle Saunders Flowers of Powhatan, VA; brother: Milton (Roberta) Saunders of Riverhead, NY. He leaves a host loving grandchildren behind: Tara Goff of Riverhead, NY; Alicia Dozier Austin (Alfred) of Riverhead, NY; Andrea Dozier Nartey (Chauncey) of Southampton, NY; Kevin Cuffee (Ivy); Maurice Cuffee; Amari Saunders; Jalaya Saunders Castelan (Juan) of Chesapeake, VA; 12 great grandchildren; and a host of nieces, nephews, cousins. He also leaves three very special cousins; Alma Colson, Anna and Ronnie Mack, and a special nephew, Roger Scott. Lifeis But A Stopping Place Lifeisbut a stoppingplace, A pausein what's tobe, A restingplace along the road, To sweet eternity. We all have different journeys, Different paths along the way, We all were meant to learn somethings, but never meant to stay... Our destination is a place, Far greater than we know. Fo rsome the journey's quicker, For some the journey's slow. And when the journey finally ends, We'll claim a great reward, And find an everlasting peace, Together with the lord.
To send flowers to the family or plant a tree in memory of Walter Saunders, please visit Tribute Store
Friday
21
January

Share Your Memory of
Walter
Upload Your Memory View All Memories
Be the first to upload a memory!
Share A Memory
Send Flowers
Plant a Tree