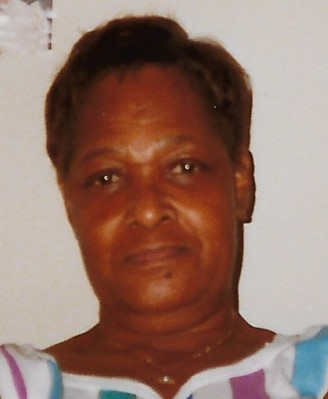 Please share a memory of Pearl to include in a keepsake book for family and friends.
View Tribute Book
Pearl N. Cooper came into the world on May 24, 1927, into the lineage of fourteen children born to Jake and Sarah Booker Woodson. Pearl was the last remaining sibling. Pearl accepted Christ at an early age and became a lifelong member of Petersville Baptist Church in New Canton, VA. Pearl was educated in Buckingham County Public Schools. She later moved to Richmond and found work as a domestic for a private family and often worked weekends in a restaurant. Pearl married Robert Cooper and from their union, five children were born: Robert Jr., Jake, Gordon, Sarah, and Shirley. Later the family was further enriched by JoAnna. Pearl was an excellent cook and enjoyed entertaining her family. Her favorite television shows were Wheel of Fortune, The Price is Right and Jeopardy. She was a quiet, peaceful woman and never strayed far from home. Pearl slipped away to be with her heavenly Father on November 7, 2021. She was preceded in death by sisters; Edith, Thelma, Clementine, Eloise, her twin Ruby, Annie Mae, twins Mary and Martha; brothers; Jake, Jr., Lucious, Emmett, Arthur, and George, two daughters; Shirley Cooper Best and JoAnna Cooper. Pearl leaves to cherish fond memories, three sons; Deacon Robert, Jr. (Shirley), Jake (Ovetis), Gordon (Brenda), one daughter; Sarah and her significant other, Kevin; twelve grandchildren; twelve great-grandchildren; and one great-great grandchild who is due any day now; aunts, two sisters-in-law, a bevy of nieces and nephews, cousins, other relatives, and friends.
To send flowers to the family or plant a tree in memory of Pearl Cooper, please visit Tribute Store
Saturday
13
November

Share Your Memory of
Pearl
Upload Your Memory View All Memories
Be the first to upload a memory!
Share A Memory
Send Flowers
Plant a Tree