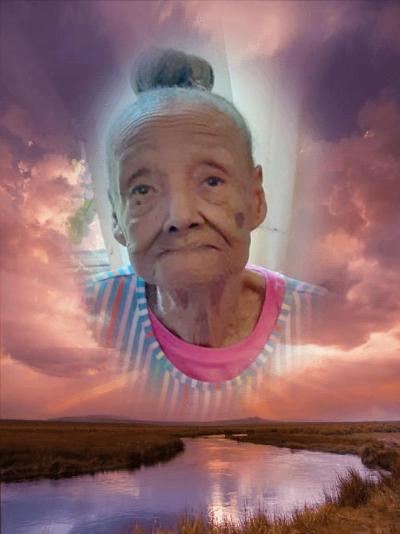 Please share a memory of Dorothy to include in a keepsake book for family and friends.
View Tribute Book
Dorothy Virginia Royal Fox was born on June 11, 1927 to Harry Edward Royal and Carrie Grace Redd in Powhatan, Virginia. Dorothy accepted Christ at an early age and became a member of the Mt. Calvary Baptist Church. She later joined Refuge Temple Assembly of Yahwey and served at their Powhatan location as church financial secretary and Sunday school teacher. Dorothy attended Powhatan County Public Schools and after her marriage to Harry Heath Fox, became a homemaker. In addition to caring for her own children, over the years, she took care of dozens of children while their parents worked. She loved flowers and plants and maintained a beautiful and lush garden. She also grew a plentiful vegetable garden with tomatoes, green beans, squash, peas and black-eyed peas. She canned much of her harvest. Her Sunday dinners were grand and contained many of the crops raised in her garden. She was known for her fried chicken and called upon by the church to fry chicken for revivals and other special occasions. She loved to cook for her family. Her family especially enjoyed her peach cobbler and fried apples. On August 16, 2021 Dorothy heard the trumpets call and quietly passed away at her home in Powhatan. Dorothy was preceded in death by her parents, husband and daughter, Carrie Mae Fox. She is survived by: four sons, Luther Royal, Robert Fox, Raylest Fox and Michael Fox; two daughters, Dorothy Ann Fox and Shirley Fox; one goddaughter, Lakesha Goode; four grandchildren, Daeshar Taylor Shabazz, Shanice Wilson, Mario Fox and Spencer Harris, five great-grandchildren, Corey Bynum, Jr., Shade'ja Shabazz, ShaNajee'b Shabazz, Aji'Yah Shabazz and Brooklyn Mariner; one sister, Shirley Branch and a host of nieces, nephews, cousins and friends. "As one whom his mother comforteth, so will I comfort you…" Isaiah 66:13 "My Mother Kept a Garden" My Mother kept a garden. A garden of the heart; She planted all the good things, that gave our life it's start. She turned us to the sunshine, And encouraged us to dream: Fostering and nurturing the seeds of self-esteem. And when the winds and rains came, She protected us enough; But not too much, she knew we'd need to stand up strong and tough. Her constant good example, Always taught us right from wrong; Markers for our pathway to last our whole life long
To send flowers to the family or plant a tree in memory of Dorothy Fox, please visit Tribute Store
Friday
27
August

Share Your Memory of
Dorothy
Upload Your Memory View All Memories
Be the first to upload a memory!
Share A Memory
Send Flowers
Plant a Tree