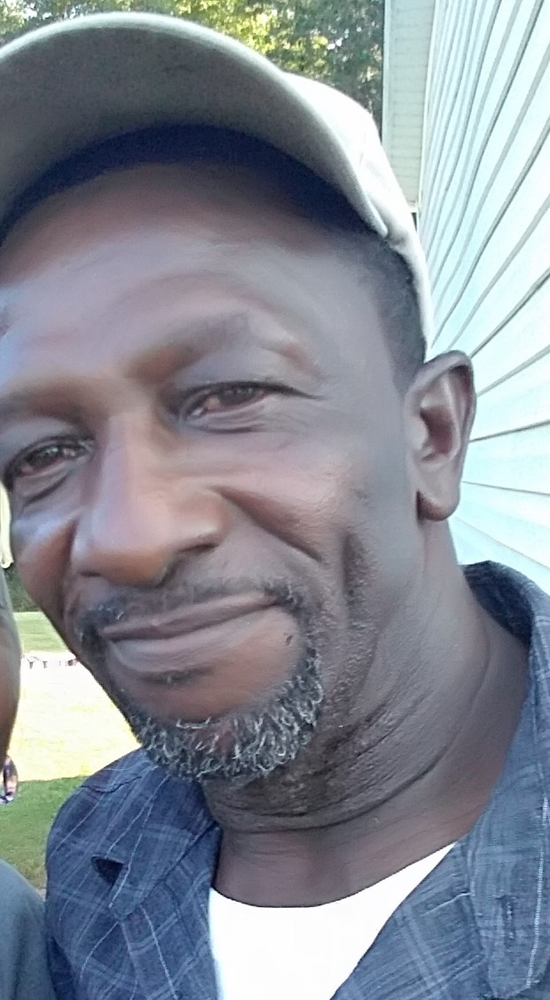 Please share a memory of Alvin to include in a keepsake book for family and friends.
View Tribute Book
Alvin was born in Cumberland, Virginia on April 2, 1960, to Thomas and Clara Johnson. At an early age, he received Christ, baptized, and joined Tearwallet Baptist Church in Cumberland, Virginia. Later he joined Petersville Baptist Church in New Canton, Virginia, where he remained until his death. Alvin was educated in the Cumberland County School system where he learned his trade, brick masonry, which he loved dearly. Alvin held numerous construction jobs including B&B Construction, Echo Enterprise LLC, and he also had his own construction business, Johnson Masonry. On February 16, 2002, he joined in wedlock to Sharon Henderson and together they reared two children. Alvin was a every loving, caring and compassionate person and he had a calm spirit about him. He was a very hard worker, provider and loved by all. One of his favorite pastimes was watching Lifetime television. Alvin was also known as "Ratman," a name given to him by his close friends. On August 13, 2021, the Lord called my husband, our beloved father, brother, uncle, cousin and friend, Alvin W. Johnson to be with Him. He was preceded in death by his parents, as well as several uncles and aunts, other relatives, and friends. Alvin leaves to cherish many fond memories, his wife Sharon Johnson, one son, Trevon Henderson, Sr., one daughter, Saketra Henderson, three grandchildren; Tre'onna Henderson, Trevon Henderson, Jr., Adrian Orange, Jr.; three brothers: Charles Johnson (Cassandra), Lonnie Johnson (Jessie), Earl Johnson, one sister; Robin Turner (Lionel), one devoted aunt; Sarah Moseley, who helped rear him and called him her son, four cousins reared as siblings; Barbara James (Ricky), Craig Moseley (Shirley), Pamela Witcher (Ronnie), Lawanda Kershaw, two brothers-in-law; Warren Wilkerson (Jackie), Leonard Foster, three sisters-in-law; Josephine Wilkerson, Teresa Booker (Wayne), Senata Holman (Eddie), devoted friends; Edward Brooks, Wesley Royall, Donnell Lyttle, Cliff White, George Langhorne, and a host of nieces, nephews, cousins and friends. I am at peace, my soul's at rest There is no need for tears For with your love I was so blessed For all those many years.
To send flowers to the family or plant a tree in memory of Alvin Johnson, please visit Tribute Store
Thursday
19
August

Share Your Memory of
Alvin
Upload Your Memory View All Memories
Be the first to upload a memory!
Share A Memory
Send Flowers
Plant a Tree