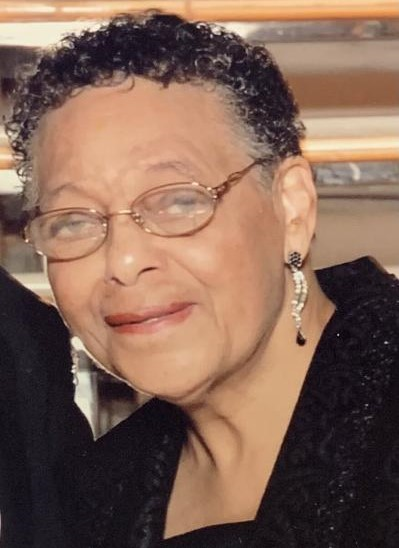 Obituary of Cardell I. Daniels

Please share a memory of Cardell to include in a keepsake book for family and friends.
View Tribute Book
Cardell I. Daniels was affectionately known as Doll, a name given to her by her mother because she looked like a Baby Doll when she was born. Doll departed this earthly life on Saturday morning at RWJ University Hospital Rahway in Rahway, New Jersey on August 7, 2021. She was the third daughter born to Edgar & Lena Morris on March 21, 1933, in Powhatan, VA. Doll was predeceased by her husband, Eddie, son Bryant, parents Edgar & Lena Morris, her siblings, Carrie Smith, Ruth Bell, George Morris, and Arthur Morris. Doll was educated in the Powhatan, VA public school system. She graduated from Pocahontas High School in 1952. She married the love of life Eddie E. Daniels on November 2, 1957. Shortly after marriage, she and Eddie moved to New Jersey. From this union, came two children, a daughter, Sheila D. Daniels, and a son Bryant L. Daniels. Doll retired from Victory Engineering in Springfield, NJ where she worked for over 20 years as a Lab Technician retiring in 1990. After retiring, Doll served her community as a School Aide at School #5. She also served as Treasurer for the Linden Senior Citizen Club. Doll joined the New Hope Baptist Church in Newark, NJ under the leadership of Rev. Charles Thomas in 1982. During her membership, she served as Chaplin of the Floral Club. Later in life she transferred her membership to the First Baptist Church in Linden, NJ under the leadership of Rev. Dr. Derrick R. Dumas. Doll had a generous heart and a loving spirit. Once Doll and Eddie settled in New Jersey, they opened their doors to many family members as they relocated to New Jersey. They also extended their home to their children's friends, Rachel Scott Williams, and Jamar Lewis whom they loved as their own children. She leaves to cherish her memory, her only daughter Sheila Daniels, a daughter-in-love Marita Daniels, three grandchildren, Jamar, Bryant II, and Briana Daniels, four great granddaughters, Aniyah, Mya, Gabriella, and London Daniels, one sister, Lena Johnson of Irvington, NJ, one brother, Clarence Morris Sr. (Karen) of Midlothian, VA, one sister-in-law, Linda Branch of Chesterfield, VA, one Aunt Mary Jones and one uncle, Andrew Miles of Powhatan, VA. Her special niece and nephew whom she adored, Arshell, and Jalen McGill who helped provide care when her health began to decline. She also had a special bond with her oldest niece June Best. She also leaves a host of other nieces, nephews, and cousins. Her special friends of the family, Shirley Riles, Cleo Wooten and Michelle Martin. I have fought the good fight, I have finished the race, I have kept the faith. 2nd Timothy, Chapter 4, Verse 7.
To send flowers to the family or plant a tree in memory of Cardell Daniels, please visit Tribute Store
Tuesday
17
August

Share Your Memory of
Cardell
Upload Your Memory View All Memories
Be the first to upload a memory!
Share A Memory
Send Flowers
Plant a Tree