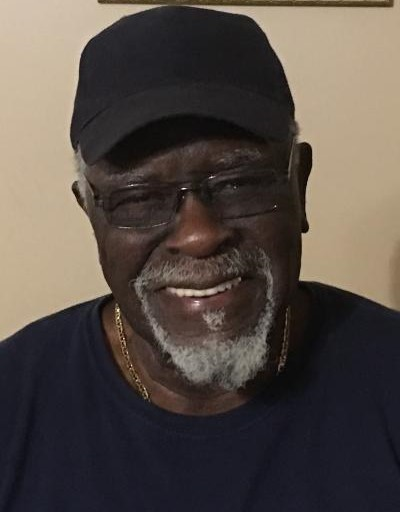 Please share a memory of John to include in a keepsake book for family and friends.
View Tribute Book
John Henry Foxx was born in Richmond, Virginia on October 2, 1941, to James Henry and Ella Rebecca Fox. He was the youngest of ten siblings. The Foxx family, being devout Christians, reared their children to be believers in faith and God's love. John was a member and active participant in Mt. Pero Baptist Church, eventually becoming an ordained Deacon. Deacon Foxx was instrumental in supplying and supporting the Powhatan Food Pantry. He often traveled with the choir to various churches. Each year in June, John and his family held a fundraising concert to benefit Mt. Pero. It was widely attended by worshippers and members of the community. John dearly loved God and his church. His first marriage to Sarah Gooden, resulted in the birth of Zabrina Louise and Christopher James Foxx. His next marriage to Janet Kaiser, resulted in the birth of Jermaine Johnathan Foxx. After high school, John served three years in the military, including eighteen months in Vietnam, with multiple decorations including expert-sharpshooter. He joined the Livermore, California Police Department on October 8, 1978, where for 25 years he served as a member of the S.W.A.T. Team, was a Motor Officer, a D.A.R.E. Officer and as a School Resource Officer. John earned his bachelor's degree from the John Jay College of Criminal Justice and later earned a master's degree from the University of Washington. On Sunday, August 1, 2021, in Sentara Norfolk General Hospital, John heard the call of our Heavenly Father and drifted away. He leaves to cherish his loving memories: his beloved children, Zabrina McCallister (Vincent), Christopher Foxx and Jermaine Foxx (Aniequo); seven grandchildren, Tarah Tuck (Stephen), Vincent McCallister, Jr., Terrence McCallister, Torria McCallister, Kaeden Foxx, Jermaine Foxx, and Johnathan Foxx; two great-grandchildren, Karsyn Tuck and Terrence McCallister, Jr.; two sisters, Ella Foxx and Hester Myers; good friend, Barbara Sparks and a host of nieces, nephews and friends. God has truly blessed him. Daddy's Home by Zabrina McCallister When I was little, the excitement hearing his car pull up meant Daddy's home. I'd run out to meet him squealing with joy all because Daddy's home. He'd pick me up with a smile on his face and love in his eyes knowing Daddy's home. We'd talk about his day and mine his voice always loving and kind Daddy's home. Nothing struck fear in your heart when you messed up that day to hear that Daddy's home. Although his job was dangerous and he carried a load, it was sweet to know Daddy's home. Whether he walked you down the aisle or sat front row at graduation your heart smiled knowing Daddy's home. All through the years, as we got into the living of life, we always knew that Daddy's home. On August 1, when God called his name, we can be comforted in knowing DADDY'S HOME.
To send flowers to the family or plant a tree in memory of John Foxx, please visit Tribute Store
Friday
13
August

Share Your Memory of
John
Upload Your Memory View All Memories
Be the first to upload a memory!
Share A Memory
Send Flowers
Plant a Tree