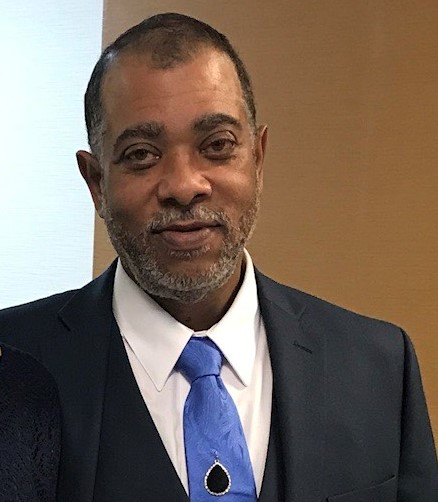 Please share a memory of David to include in a keepsake book for family and friends.
View Tribute Book
David Lornell Woodson was born September 16, 1959, at Richmond Memorial Hospital, to Harriett Lyttle Woodson and the late Henry Woodson (Sr.). He entered into eternal rest on Thursday, August 5th, 2021. David received the Lord Jesus Christ as his savior and was baptized at an early age at Emmaus Baptist Church in Goochland, VA. He served faithfully as a member and Evangelist of New Life Ministries of Cumberland VA since 2006. David was united in holy matrimony to Paulette Woodson on September 21, 1985. After working for numerous years in the paint industry, David started his own company D.L. Woodson Painting in 2006. He also worked in the ministry as an Evangelist winning many souls into the Kingdom of God. He had many hobbies including, fishing and refinishing furniture. Friends and family knew David as "Dayday " and "Painter ". He loved praising the Lord and one of his favorite songs was "He Wouldn 't Let It Be " by Beau Williams. He ' s waiting patiently for his grandchildren. David was preceded in death by his Father Henry Woodson, Sr. and two brothers, Henry Woodson Jr. "Boone " and Dwayne Woodson. He leaves cherished memories with his wife of 35 years, Paulette. He also leaves one daughter Ashley Smith and son-in-law, Micah Smith. His mother Harriett Lyttle Woodson; one brother, Mark Woodson; five sisters, Patricia Anthony, Jaqueline Wright (Norman), Deborah Woodson, Jewel Wright (Michael), Janet Senegar; and a host of nieces, nephews, cousins, relatives and friends.
To send flowers to the family or plant a tree in memory of David Woodson, please visit Tribute Store
Thursday
12
August

Share Your Memory of
David
Upload Your Memory View All Memories
Be the first to upload a memory!
Share A Memory
Send Flowers
Plant a Tree