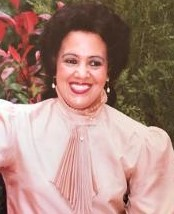 Please share a memory of Christine to include in a keepsake book for family and friends.
View Tribute Book
On July 19, 2021, Christine Walton Mitchell, daughter of the late Carl and Estelle Batchelor Walton of Powhatan, Va. departed from the cares of this world and entered a place of eternal rest. She was the 11th or 12th of twelve children (a twin to Carl Jr.) Christine, who was affectionately known as "Grandma" was born July 9, 1933, in Powhatan, Va. She was educated during her early years in the public school system in Powhatan County. Shortly after graduating high school, Christine moved to Montclair, N.J. where she met and later married Perry Johnson, Sr. (preceded her in death) in 1952. From this union, eight children were born, Patricia (deceased), Perry Jr., Carnell, Priscilla, Michael, Leonard, Freddie, and Debbie. Christine and Perry also opened their home to Janice (Sissy) and Glenn (deceased) Walton who became a part of their loving family structure at a young age after the passing of their mother. Lydia Ali also spent every weekend at their home and was a part of the Johnson family. Christine, Perry, and their family became active members of Christ Temple Baptist Church in Paterson, NJ. Christine made sure her children attended Sunday school every Sunday with their loving "Nannie" (niece, Nannie Ricks). She also had other nieces, Diane Cox, Shirley Ward, and Rose Jones to name a few, who also cared for her children, along with a host of other family members. Christine raised her seven young children, her two nieces (Sissy and Lydia) and nephew (Glenn) while she also babysat two other children. Later she was employed at Kodak, Accurate Set, and Peerless Photo, among others. Christine was a loving wife, mother, and homemaker. She enjoyed cooking and baking. Christine loved to bake and was known for her "Sock-It-To-Me Cake" and her famous "Sweet Potato Pies", "Peach Cobbler", and "Lemon Cake". Some of those recipes which were passed down from her mother, Estelle have also been passed down to Christine's family. Christine later married James (Jim) Mitchell in Richmond, Virginia; that union was brief. Christine later moved back to her hometown of Powhatan in 1993 and joined Greenbrier Baptist Church. Hollywood Baptist Church was also one of the earlier family churches. In 2001, Christine joined Faith Landmark Ministries in Richmond, Va. where she attended services regularly until she could no longer attend. When Christine's health began to fail in 2013 and she could no longer care for herself, her children took her in and provided care for her on a rotating weekly basis; they ensured she was well taken care of. She never complained or had a care in the world. She was the best "Mom" patient we could ask for. She was a pleasure to care for and knew each one of her children and grandchildren by name along with her sister Fannie and other close family members up until recently when her memory started to decline). She intently listened to and knew everything that was going on around her. Much credit is also given to her loving caregivers; Janice (Sissy) Walton, Tia Rose, and Sharon Owens. We could not have done it without each of these loving family members and friends. They were a true blessing to her and to us. Christine leaves her children to cherish her loving memories; Perry Johnson, Jr. (Tasha) of Los Angeles, Ca., Carnell Johnson (Renee) of Powhatan, Va., Priscilla Cooke (Leonard) of Upper Marlboro, Md., Michael Johnson (Denise) of Powhatan, Va., Leonard Johnson (Elizabeth) of Powhatan, Va., Freddie Johnson of Cumberland, Va., and Debbie Harris (Darryl) of Powhatan, Va. Also sharing in those fond memories are Sissy and Lydia who were a part of the Johnson clan. Fond memories will also be shared by her 21 grandchildren and 30 great grandchildren. Last, but certainly not least, Christine leaves her memories to her only surviving sister, Fannie Brown of Powhatan, Va., one brother-in-law Freddie Taylor of Owings Mill, Md., three sisters-in-law Louise Robertson, Cumberland, Va., Rose (Harvey) Davis of Richmond, Va., Mattie McCoy of Richmond, Va., and a host of loving nieces, nephews, cousins, relatives, and friends. I have fought a good fight, I have finished my course, I have kept the faith. II Timothy 4:7 DON'T CRY FOR ME Don't cry for me now I have died, For I'm still here, by your side, My body's gone but my soul is here, Pleasedon't shed another tear, I am still here, I'm all around, Only my body lies in the ground. I am the snowflake that kisses your nose, I am the frost, that nips your toes. I am the sun, bringing you light, I am the star, shining so bright. I am the rain, refreshing the earth, I am the laughter, I an the mirth. I am the bird, up in the sky, I am the cloud, that's drifting by. I am the thoughts, inside your head, Whle I'm still there, I can't be dead.
To send flowers to the family or plant a tree in memory of Christine Mitchell, please visit Tribute Store
Saturday
24
July

Share Your Memory of
Christine
Upload Your Memory View All Memories
Be the first to upload a memory!
Share A Memory
Send Flowers
Plant a Tree