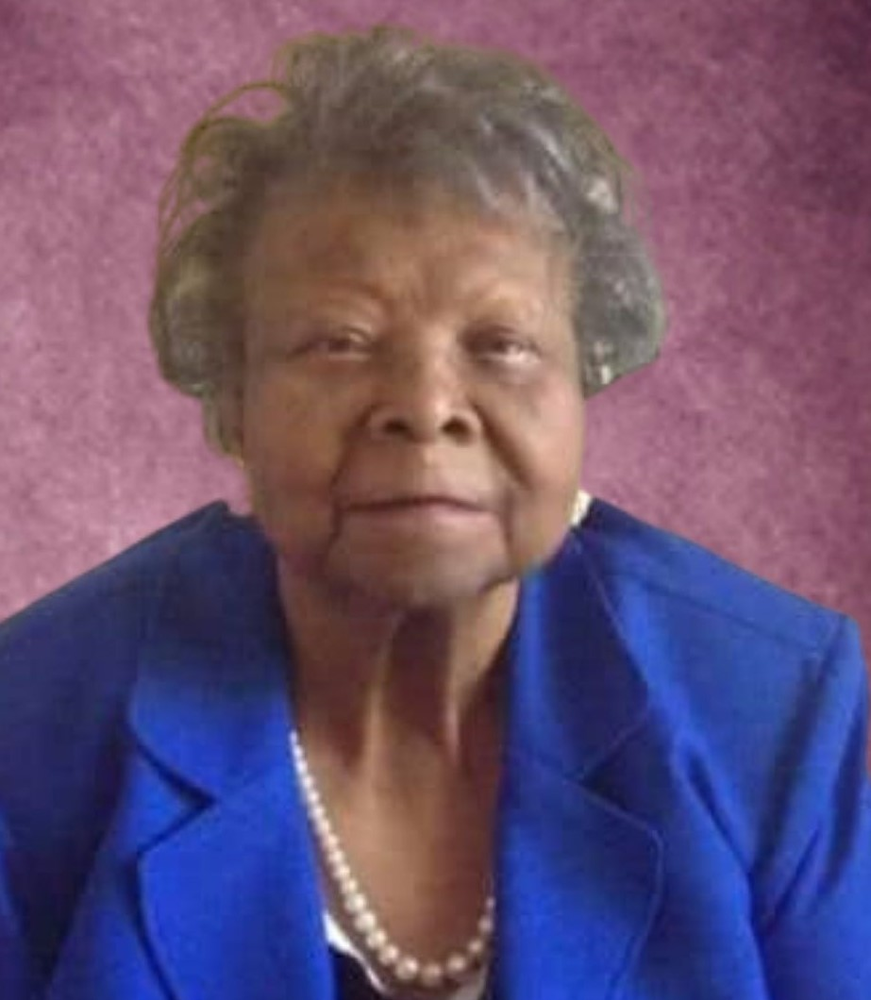 Please share a memory of Carrie to include in a keepsake book for family and friends.
View Tribute Book
Carrie Elizabeth Gilliam Brown, 97, returned to her heavenly home on June 14, 2021. Her devotion to her family and her firm belief in God supported her throughout her life. Carrie was born to the late Robert and Mary Gilliam on October 11, 1923, she was the eldest of ten siblings. She was baptized at an early age at Sharon Baptist Church located in Farmville, VA. After the family relocated to Cartersville, VA, Carrie joined New Hope Baptist Church where she served as a dutiful member. She sang in the choir, served as a Deaconess, and was on the Missionary Board. Furthermore, she was also the Church Mother and President of Pastoral Aid under Rev. Leroy McLaughlin. Over the years, Carrie worked as a domestic worker and caregiver for multiple families. On May 15, 1948, Carrie married Albert Lee Brown in Cartersville, VA. Carrie loved traveling up and down the east coast visiting her family members and friends creating memories. She was a wonderful cook who loved listening and singing to her gospel music. Carrie loved puzzles, reading, and studying her bible and she made sure she instilled that loving and serving God first was a priority. In addition, she loved to meet and greet new and old faces. She was preceded in death by her husband Albert Lee Brown, brothers, John and Henry Gilliam, sister, Fannie Jackson and sister in-law, Dorothy Gilliam and brother in-law, Robert Miller. Carrie is survived by her daughter Emma and son-in-law Alfred Henderson. Step-son Alfonso Bell (Michelle); Grandchildren, Veronica (Humphrey) Johnson, Sean (Angela) Henderson, Antonio (Deborah) Brown, and Farrah Henderson; great grandchildren, LaChell Johnson, Shadiya Henderson, Shaheim Henderson, and Dreona Brown; her sisters Annie Coleman and Susie Miller; her brothers Robert and Willey (Dee) Gilliam; sister in-law Jean Gilliam; adopted children, Sally Taylor, Rosa Truehart, and Diane Garrison; Godchildren John Howard Gilliam and Shirley Hughes, and a host of nieces, nephews, cousins, and friends.
To send flowers to the family or plant a tree in memory of Carrie Brown, please visit Tribute Store
Tuesday
22
June

Share Your Memory of
Carrie
Upload Your Memory View All Memories
Be the first to upload a memory!
Share A Memory
Send Flowers
Plant a Tree