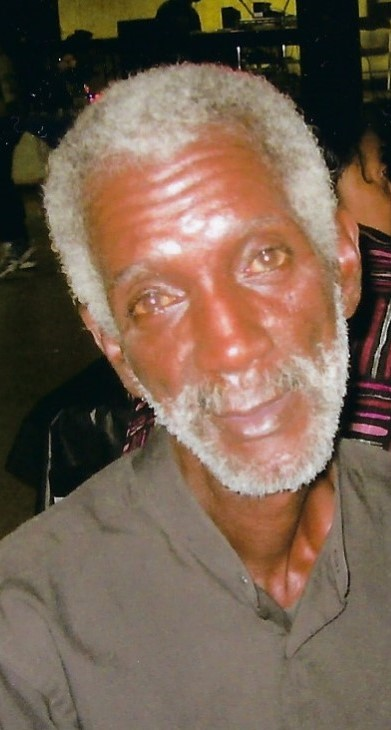 Please share a memory of Ulysses to include in a keepsake book for family and friends.
View Tribute Book
Ulysses Crump, 68, was born December 30, 1952, in Cumberland, Virginia. He was a quiet child who accepted Christ at an early age and joined New Hope Baptist Church. He attended Cumberland Public Schools including New Hope School, Turkey Cock School and Luther P. Jackson. Ulysses worked at Virginia Builders Supply and retired from a career with Massey Builders' Supply. He worked on a part-time basis at Mo-Johns. He was commonly known as Lessy and recognized by his tall, slim silhouette. He had a friendly, easy-going manner with a distinctive "mumble" that caused you to be an active listener whenever he spoke. Lessy enjoyed spending time with his friends and family. As the youngest son and number nine of ten siblings he will be sorely missed by his many nieces and nephews who were close to his age. He will be especially missed by his lifelong friend, Mitchell Bell, and circle of friends: Ronnie Trent, Kenny Johnson, George Graves, and Larry Forde. On Monday, June 14, 2021, our beloved Lessy joined the heavenly caravan to be reunited with his parents, Deacon Edmund, and Louise Brown Crump; sister, Constance "Connie" Sims; and brothers, James Edward Perkins and Robert Crump who preceded him to eternal life. He silently endured an aggressive cancer that was diagnosed shortly before Memorial Day 2021 and was provided a caring period of hospice at the home of Aaron and Shelia Crump in conjunction with the services of James River Home Health and James River Hospice. He was a dedicated friend and will be mourned by many. He is survived by his six brothers; James (Carrie), Charles (Susie Robinson), Spencer (Barbara), Ernest, Joseph, and Aaron (Shelia); sister, Katherine Bolling (Sam); sister-in-law, Estelle Crump; many other dear relatives and friends. A Celebration of Life will be announced and held at a later date. The family thanks everyone for all of their loving support and prayers.
To send flowers to the family or plant a tree in memory of Ulysses Crump, please visit Tribute Store
Saturday
19
June

Share Your Memory of
Ulysses
Upload Your Memory View All Memories
Be the first to upload a memory!
Share A Memory
Send Flowers
Plant a Tree