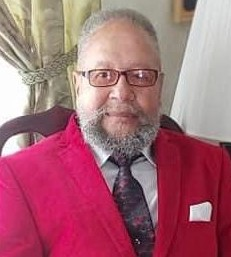 Please share a memory of Royal to include in a keepsake book for family and friends.
View Tribute Book
Royal Carnell Brown, Sr., a son of Percy and Willie Maude Scruggs Brown was born on December 23, 1945 in New Canton, Virginia. At an early age, he accepted Christ and joined the Petersville Baptist Church in New Canton, VA. He remained a faithful member until his health began to decline. On June 22, 1974, he was joined in wedlock to Andrea V. Johnson Brown and from this union one son was born, Royal C. Brown, Jr. "Charlie Brown". Royal best known as "Mr. B" and "Nell". He received his education in Cumberland, VA. He resided in Richmond, VA the majority of his life. He was employed at Richmond Gravure and Graphic Packaging until retirement. In his later years he decided to embrace country living once again, leaving the hustle and bustle of city life behind. He then returned home to Cumberland, VA to reside with his loving sister, Bettie. Nell was best known for his debonair walk of life: his stylist suits, cool demeanor and highly customized cars. He had a loving, caring and charismatic spirit. If you ever encountered him, he left his mark on your heart. On Friday, April 23, 2021 our beloved dad, brother, Uncle Nell, cousin, Mr. B and friend earned his heavenly wings while being surrounded by love. He was preceded in death by: his wife, Andrea Brown; his parents, Percy and Willie Maude Brown; three brothers, Kerney, Preston and Robert and five sisters, Earlene, Delphine, Corine, Virginia and Dorothy. He leaves to cherish his memory: one son, Royal C. Brown, Jr.; three granddaughters; Miori Brown, Myli Brown and Alaiya Brown; one brother, Percy "Elmo" Brown, Jr. (Lucy); two sisters, Alice Gregory and Bettie Brown; brothers-in-law, Ronnie Johnson and one devoted, Juan Gaskins (Claudia) that he loved as his very own; one sister-in-law, Tonya Johnson (Carlton). Uncle Nell was always a father figure to his sister Bettie's children, Joseph Brown, Jr. (Pamela), Faron Brown, Sr. (Kimberlyn), Michael Brown (Iris), Tracy Brown Avery and Felencia Brown and a host of nieces, nephews, cousins and friends. Devoted friends were, James and Patsy Hayes and Lee and Joan Jones. A special thank you to his devoted nephews Al, Lacy and Steve Childress. "Until We Meet Again" We think about you always, We talk about you still, You have never been forgotten and you never will. We hold you close within our hearts and there you will remain. To walk and guide us through out lives until we meet again.
To send flowers to the family or plant a tree in memory of Royal Brown, please visit Tribute Store
Friday
30
April

Share Your Memory of
Royal
Upload Your Memory View All Memories
Be the first to upload a memory!
Share A Memory
Send Flowers
Plant a Tree