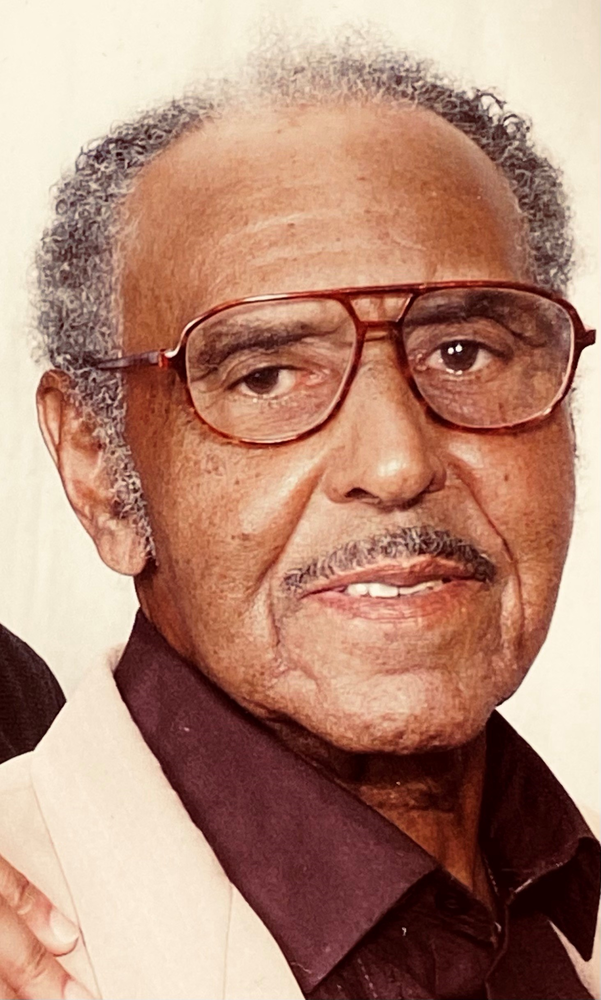 Please share a memory of Wallace to include in a keepsake book for family and friends.
View Tribute Book
Wallace H.W. Bell [ May 20, 1929 ~ Mar 13, 2021] (son of Joel and Josephine Bell, descendant of John Tyler Bell) The Child Wallace Howell Winfred Bell was born at his family's home in Powhatan, VA on May 20, 1929 to the late Joel 'Pemmy' Bell and Josephine Rebecca Howell. The youngest of 5 siblings, Wallace was welcomed into a loving home which included his 3 older sisters (Mabel Ann, Beatrice Ella, and Helen Virginia) and 2 older brothers (James Augustus and Joel 'Bub' Nathaniel). An obedient yet curious child who admired his father and honored his mother, young Wallace could often be found tending to the family's land and livestock alongside his siblings, hitting unsuspecting targets with his sling-shot, and eagerly following in his father's footsteps (literally). Anxious to 'grow up fast' and 'do the things that the grown men do', young Wallace was quick to prove he was able, and was often called upon by his parents to lend a helping hand among immediate and extended members within the family stronghold; A role he proudly stepped into and earned praise for along the way. Exhibiting a shared inclination towards working with his hands as well, young Wallace would often assist his father and others in carpentry work, a trade passed down through the generations. Growing up in a very close-knit community, as Wallace came of age, he would eventually leave the Powhatan homestead to serve his country in the Korean War. Like many other family members before him, after returning home, he migrated up North in search of work and the creation of a new life for himself. The Man An entrepreneur at heart and skilled at carpentry, Wallace would find work at the NY Postal Service but trade it in for more ambitious and purposeful pursuits. He would eventually move to Bordentown, NJ where he quickly moved up the ranks and made a name for himself as the Superintendent for the City. Overcoming several racial barriers and accomplishing many 'firsts' along the way, after over 20 years of service to the community, Wallace retired with the Key to the City and several citations of praise before returning back to Powhatan to live out the remains of his days in a home he built for himself on the land of his forefather. His calling and skill as a master carpenter still running through his veins, he would remain active in his trade until finally putting down his nail and hammer to assume the role as construction consultant. The Legacy. Well respected by his family, church and community, Wallace inherited the strong moral fiber, community-minded spirit, and willingness to help others that his own parents lived by and imparted on him. Priceless values that he, in turn, taught his children and grandchildren as well. On March 13, 2021, Wallace went peacefully home to be with the Man up above at the ripe age of 91. Though he is no longer among us, his life and legacy live on. From the many beautiful homes, he has built for family and the insurmountable body of work too vast to mention yet left behind in the communities he has served to his doting children born of his loving unions with both Blanche Nash and Margaret Taylor respectfully, forgetting Wallace would simply be impossible. Wallace is survived by his beloved 94-year-old sister Mabel Ann, first wife Blanche Nash, his only son Barry Bell, 3 beautiful daughters; Emily McDougald, Netfah Bell, and Cathy Blevins, 6 amazing grandchildren, 2 precious great-grandchildren, a host of cherished nieces, nephews, cousins, loved ones, and a surrounding community whose lives he has forever touched. The Message Wallace was not only a God-fearing man who could often be heard quoting the Good Book and imparting pieces of wisdom gained along his journey, but a wealth of ancestral history as well. From his memories of conversations as a child with our freed forefather John Tyler Bell, to his tracings of the inherited land passed down, one never knew what message of wisdom they would depart with when speaking with him. Here are just a few memorable ones that come to mind… " When life gets hard and you are unsure, if you can just get to the corner, you might gain a new perspective". " Set out to do the right thing and stay with it. You might not always get it right but set out to do the right thing." " Train up a child in the way he should go, and when he is old he will not depart from it." ~Prov. 22:6 "Speak the Truth." To make a family donation : Via PayPal kblevo1@gmail.com Via CashApp $kendrab06 Via Venmo @kbeezy06 Via Check / Money Order Triple B Family Trust c/o Kendra Blevins PO Box 423, Strawberry Plains, TN 37871
To send flowers to the family or plant a tree in memory of Wallace Bell, please visit Tribute Store
Saturday
20
March

Share Your Memory of
Wallace
Upload Your Memory View All Memories
Be the first to upload a memory!
Share A Memory
Send Flowers
Plant a Tree