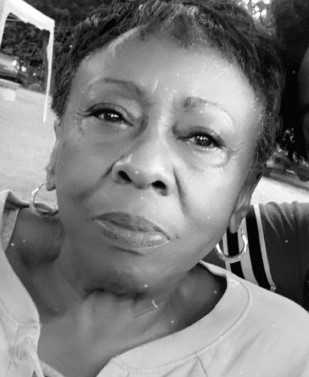 Please share a memory of Norine to include in a keepsake book for family and friends.
View Tribute Book
Norine Brooks went home to be with her father in Heaven on January 18, 2021. Norine was born in Cumberland, Virginia on November 13, 1950 to McKinley Crump and Otelia Brooks Crump. She accepted Christ at an early age and joined Rocky Mt. Baptist Church. She was educated in Cumberland County Public Schools and attended Luther P. Jackson High School. In 1971 she married the love of her life, Jessie Lee Brooks and to that union four children were born. Norine was a hard worker all her life and was not content unless she was doing something to help others. She worked for many years at Willow Oaks Rehabilitation Center and most recently she worked as a Deli Clerk in the Powhatan Walmart where her customers and co-workers loved her. She had a friendly spirit that drew others to her. Norine had a big personality and greeted everyone with kind words. She was a very happy person and could relate to people young and old. In fact, many young people referred to her as "grandma." She was a devoted wife and mother who was very proud of her children and made sure when making introductions, she let people know who her children were. She also made sure her children knew their family tree and who their relatives were because family was important to her. She tirelessly cleaned and cooked for her family. Her excellent cooking consisted of pies, homemade bread and biscuits and meals that included a meat, vegetable, and starch, all of which was greatly enjoyed by her family, especially her "Brown Sugar Cake." When Norine found time to relax, her favorite television shows were Family Guy and The Game Show Network. Most of all, she was full of love - a humble servant that loved the Lord. Norine was preceded in death by: her father, McKinley Crump, Sr. and her sister, Rosaline Crump. She leaves to cherish fond memories: her mother, Otelia Crump; her husband, Jessie Lee Brooks, Sr.; two sons, Jessie Lee Brooks, Jr.(Amy) and Laundra Maurice Brooks (Pamela); two daughters, Karen Dorine Brown (Lewis) and Jessica Renee Brooks; six grandchildren and four great-grandchildren; two brothers, Vince Crump and McKinley Crump, Jr.; two sisters, Loyce Crump and Daisey Crump; four aunts,; Estelle Trent, Kate Harrel, Dorothy Mae Brooks and Emma Robinson (John Lewis); one devoted nephew, Keith Holman and one devoted niece, Gail Holman; devoted friends, Christelle Hill and Latwaun Robinson; as well as a host of nephews, nieces, cousins and friends. She will be especially missed by her beloved dog, Willow.
To send flowers to the family or plant a tree in memory of Norine Brooks, please visit Tribute Store
Friday
22
January

Share Your Memory of
Norine
Upload Your Memory View All Memories
Be the first to upload a memory!
Share A Memory
Send Flowers
Plant a Tree