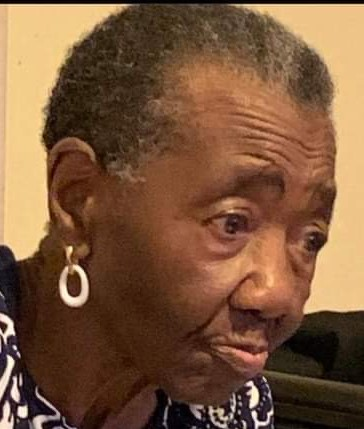 Please share a memory of Emma to include in a keepsake book for family and friends.
View Tribute Book
Emma Maudelle Brooks "Maude" daughter of David and Florence West Brooks was born on July 22, 1935 in Cumberland County, Virginia peacefully went home to be with the Lord surrounded by her daughter at her residence. She was the fourth of five children: Charlie, Susie, Otelia and Edward. She attended Luther P. Jackson School and at an early age joined the Rocky Mount Baptist church. Early in her life she left Virginia and moved to New Jersey looking for work and after many years moved back to Cumberland where she decided to make her home. Maude worked various jobs during her lifetime, just to name a couple; she was a beautician alongside her two older sister's love hot pressing and curling hair, and her last family she worked for. And the latter part of her life she went back to school and studied in Prince Edward County Adult Education Program and received her GED and what a proud day that was for her. Maude enjoyed reading her bible and listening to Gospel music, love singing, playing pitty pat or duces are wild and watching Soap Opera's especially Young in The Restless when that was on you had to be quiet, she loved Law and Order. She enjoyed her family and always kept you laughing and when her nephews and nieces would stop by, she would have something funny to say. And her great nieces she called all of them the same name Cidney and Niesa. She is preceded in death by her parents; daughter Maureen Ogburn; one sister, Susie Thornton, two brothers, Charlie West, and Edward Brooks. She leaves to cherish her memories: daughter, Darlene Brown; five sons, Elnathan Brooks, (Jamie), Clarence Ogburn, Andrew Brooks, (Monica), Paul Brooks (Deborah), and Braxton; twenty-one grandchildren; LaQuanven Ogburn she reared him as her own; twelve great grandchildren; one sister, Otelia Crump; a host of nieces, nephews, great nieces, great nephews, cousins, and friends
To plant a beautiful memorial tree in memory of Emma Brooks, please visit our Tree Store

Look inside to read what others have shared
Family and friends are coming together online to create a special keepsake. Every memory left on the online obituary will be automatically included in this book.
View Tribute Book
Services for Emma Brooks
There are no events scheduled. You can still show your support by planting a tree in memory of Emma Brooks.
Plant a tree in memory of Emma

Share Your Memory of
Emma
Upload Your Memory View All Memories
Be the first to upload a memory!
Share A Memory
Plant a Tree