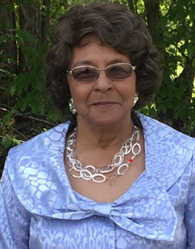 Please share a memory of Barbara to include in a keepsake book for family and friends.
View Tribute Book
"I have fought a good fight. I have finished the course. I have kept the faith; the time of my departure is at hand." - II Timothy 4:6-7 Mrs. Barbara Vera Jones Mayo slipped peacefully away to her eternal home on November 14, 2020. Her husband, Herbert Bailes Mayo, Sr. preceded her in death. She was the daughter of Wiley and Mary Jones and was born May 12, 1937 in Cumberland, Virginia. At an early age, she was converted and baptized into fellowship at Cornerstone Baptist Church. She attended public school in Cumberland, VA and graduated from Luther P. Jackson High School in 1955. In 1955, she moved to Paterson, New Jersey and was united in holy matrimony with Herbert Bailes Mayo, Sr. From this union a son, Herbert Bailes Mayo, Jr. was born. Later she moved to Parsippany, NJ. Barbara retired from Pfizer, Inc. as a QC Inspector. She was a member of Cannon Baptist Church in Paterson, NJ where she remained a member until she moved back to Cumberland, VA in 1988. Barbara was then reinstated at Cornerstone Baptist Church where she served as Treasurer of the Pastor Aide and as a member of the Food Committee. Barbara was a very loving, caring person with a beautiful smile and a free heart. She loved her family, and she lived a full life surrounded by a loving and devoted family. Barbara also loved her hats! Barbara was preceeded in death by her parents, Wiley, and Mary Jones; her husband, Herbert Bailes Mayo, Sr.; her sister, Janie Williams; grandson, Hervin Jones. Barbara leaves to cherish fond memories: her son, Herbert Bailes Mayo, Jr. (Vivian) of Chesterfield; six grandchildren, Ceierra Jones, Alecia Jones Bostick (James), Jas'Mi Mayo, Aronaca Mayo Vickers (Jonathan), Herbert Mayo, III and Elijah Mayo; five great-grandchildren, Ethan Jones, Annalise Jones, Leland Mayo, Josiah Vickers and Jace Vickers; a devoted and loving brother, Thomas V. Jones; adopted daughter, Cynthia Booker of Henrico, VA; sisters-in-law, Mary V. Jones of North Carolina and Barbara Mayo of Powhatan, VA; a devoted and special nephew and niece, Robert and Brenda Mayo of Midlothian, VA; and devoted friends, Mary and James Crawley of Farmville, VA, Lillie Foster and Helen Jones of Cumberland, VA. Barbara is survived by many nieces, nephews, cousins, and friends.
To send flowers to the family or plant a tree in memory of Barbara Mayo, please visit Tribute Store
Saturday
21
November

Share Your Memory of
Barbara
Upload Your Memory View All Memories
Be the first to upload a memory!
Share A Memory
Send Flowers
Plant a Tree