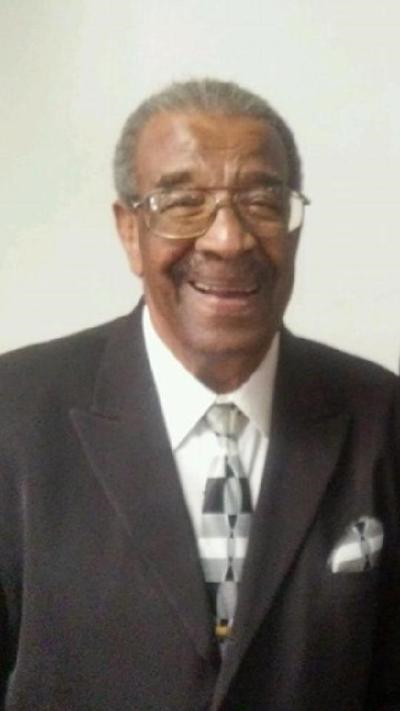 Please share a memory of Henry to include in a keepsake book for family and friends.
View Tribute Book
Henry Adolph Gilliam,95, returned to his heavenly home on November 12, 2020. His devotion to his family and his firm belief in God supported him throughout his life and ultimately gave him peace. Henry was born to the late Robert and Mary Gilliam on November 23, 1924. He was baptized at an early age at Sharon Baptist Church and later joined New Hope Baptist Church, where he served as a dutiful member and chairman of trustees for more than thirty years. Henry married the love of his life, Jean, and together they raised three boys. He loved laughing, working in his garden, raising his pigs, chickens, and dogs, and sitting on his porch waving at everyone that drove by. Not to mention, always extending a helping hand to his fellow man. He retired from the University of Richmond, after more than twenty years of service, to stay home and look after his grandchildren. Henry is survived by his wife of 72 years, Jean; sons Leon (Virdy), Jerry (Karan), his daughter in-love Donna; his four grandchildren, Angelette, Shonda, Sean (Toni), and Jennifer ( Brandon); his brothers Robert (Dorothy), and Wiley (Dee); his sisters Carrie, Susie (Robert) and Annie; eleven great grandchildren and a host of nieces, nephews, cousins and friends. He was preceded in death by his son Larry, brother, John (Sally) and sister Fannie (Johnnie).
To send flowers to the family or plant a tree in memory of Henry Gilliam, please visit Tribute Store
Monday
16
November

Share Your Memory of
Henry
Upload Your Memory View All Memories
Be the first to upload a memory!
Share A Memory
Send Flowers
Plant a Tree