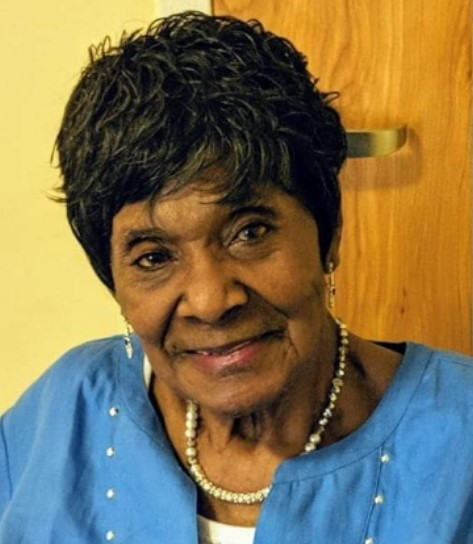 Please share a memory of Evelyn to include in a keepsake book for family and friends.
View Tribute Book
Evelyn Celestine Harper Bell, daughter of the late John and Iranda Harper was born on October 11, 1929 in Powhatan, VA. She was the last living of eleven children born to this union: Clyde, John, Raymond, Stom, William, Floyd, Alice, Marybelle, Alberta and Clara. Evelyn received her education in Powhatan County Schools. She accepted Jesus Christ as her personal Savior at an early age and was baptized into the fellowship of Little Zion Baptist Church, where her membership remained. She was an active member until her illness barred her from attending regularly. She loved her church and church family. Evelyn enjoyed reading her Bible, listening to Gospel music, playing Solitaire, and talking to her friends. Evelyn and her friends were so "in the know", it would be mentioned if you wanted to know anything going on in Powhatan you could call "The Hotline". She had a heart of gold, went out of her way to help anyone and never made an enemy. Evelyn had a very warm interest in being with family and absolutely adored her grandchildren. She had a unique love for each of her own. She enjoyed preparing food for her family including her homemade rolls, buttery biscuits and delicious blackberry cobbler. While with family, Evelyn would join in with Elwood to put on a "Hambone" show. In the early morning hours of Friday, October 9, 2020, in Glen Allen, VA, Evelyn quietly answered the call and transitioned from labor to reward. She took her last trip with her family by her side. She was preceded in death by her husband, Samuel Douglas Bell; her parents, John and Iranda Harper; six brothers, four sisters, an unnamed stillborn child and friend, Charlie Jackson. She leaves to cherish fond memories five children: Elwood (Pearl), Youlanda (Edward), Mattie (Roger Sr), Denise, and Veronica (Harthell); nine grandchildren: Quincy (Elona), Craig, Latasha (John), Roger Jr (Deone), Sharee, Shonari, Everett (Laura), Ashley and Ayshia; nineteen great-grandchildren: Dajon (DJ), Lenise, Keyana, Jalen, Torren, Kahlel, Elijah, Shane, Joslyn, Tamara, Tyler, Khamari, MacKenzie, Everett Alonzo, Jordan, Kiersten, Coralyn, Landen, Ralland III; five great great-grandchildren: Dajon Jr, Carnell, Darnell, Royalle and Averiana and many that called her Grandma; one sister-in-law, Juanita Bell, a host of nieces, nephews and friends, including devoted friend: Shelia Watson and lifelong friends: Florine Bell, Maude Jackson Britt, Joyce Lee Cartier, Lillie Cousins, Mabel Gilliam, Vivian Hicks, Helen Hobson, Edith Hollice, Audrey Mayo, Mary Miles, Sally Sanderson, Mary Taliaferro, Mabel Trent and Sharon Woodson.
To send flowers to the family or plant a tree in memory of Evelyn Bell, please visit Tribute Store
Thursday
15
October

Share Your Memory of
Evelyn
Upload Your Memory View All Memories
Be the first to upload a memory!
Share A Memory
Send Flowers
Plant a Tree