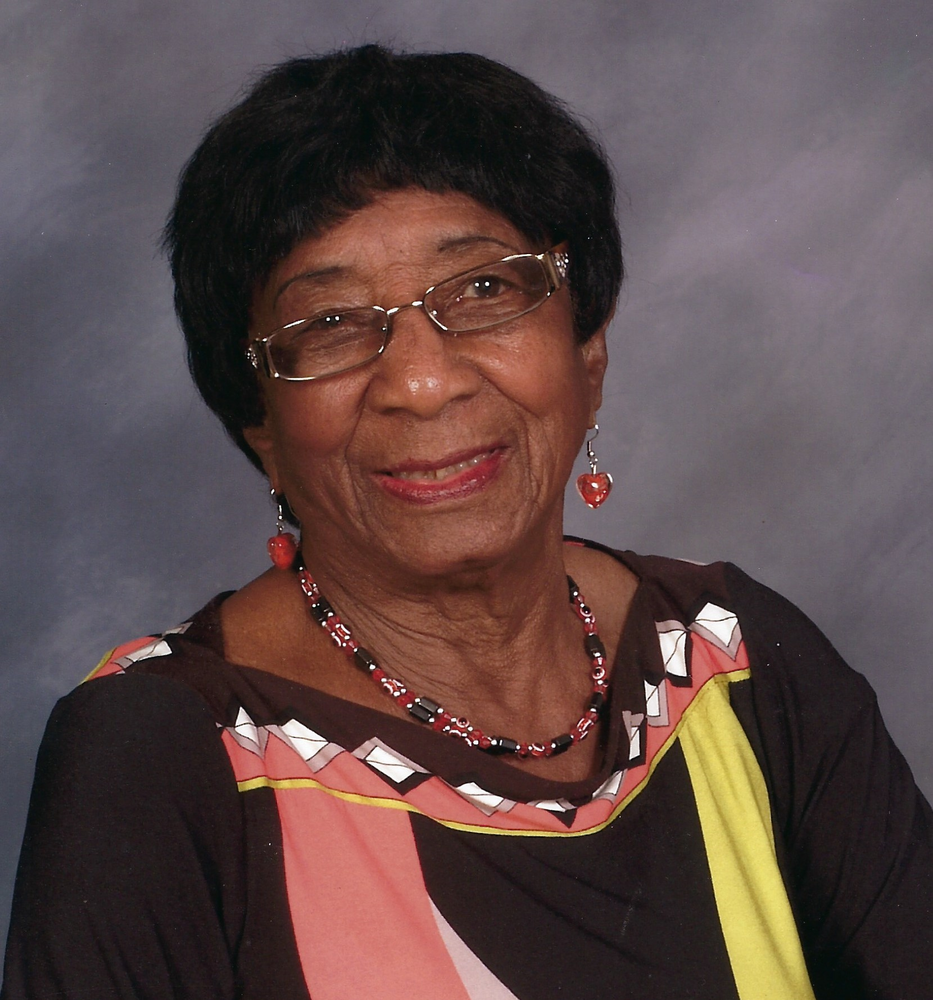 Please share a memory of Dorthy Ann to include in a keepsake book for family and friends.
View Tribute Book
"Pearl" Dorthy Ann Langhorne Smith was born in Cumberland County, Virginia on April 28, 1915; daughter of the late Ivy "Touch" Langhorne and the late Alice Goff Langhorne. Pearl was the second of seven children. Her siblings were: Louise, King William, John Jasper, Abraham, Ike, and Mary Ann. Pearl received a fifth-grade education from Clark School on Sunny Side in Cumberland County. She was baptized at an early age and joined Center Union Baptist Church. Pearl served as an usher for many years. In later years served with the missionary ministry and in 2015 she was recognized as the oldest missionary member. Pearl met and married Booker T. Creed Smith. A few years later they moved with their two sons, Willie and Curtis to Riverhead, New York. Pearl remained in New York until the passing of her husband in December of 1976. In July of 1977 she returned to Virginia. Pearl was a hard worker and believed in being on time. In Riverhead she worked at the Crescent Duck Farm. She often spoke of how she would wear heels to work every day and how the younger people would be angry with her for processing more ducks than them. She also worked in the potato fields. When she returned to Virginia she worked as a domestic. She also worked in the tobacco fields, (that was what she loved to do), and later she became a babysitter. Pearl Loved children and they loved her. Pearl helped rear her great-great niece and nephew, Shaunice and DeVante'. Pearl loved a good party, loved to have fun, to dance, and loved gatherings with family and friends. She was always the life of the party. She was an avid member of the Cobra One Motorcycle Club for over fifty years. Pearl knew people from all over the country. Preceding her in death: her mother and father, six siblings, two sons, three grandsons; Jerome, Calvin, and Stoney, and one nephew, Abraham. She leaves to cherish fond memories: grandchildren, Willie Smothers (Wolsun), Larry Langhorne, Lynn Langhorne, Derrick Belle, and Lisa Belle. Nieces and nephews: Constance Talley (Charles), Joe Lewis, Delores Langhorne, Estelle Bailey, Ronald Langhorne, Doris Langhorne, Vanessa Langhorne, Sharon Langhorne, Jerry Langhorne (Darlene), Emily Trent, Edwina Swann, Gale Taylor, Laura Ann Easterling (Grover), Winnifred Beale and a host of great grandchildren, great-great grandchildren, great nieces and nephews, great-great nieces, nephews, cousins, other family and friends. A devoted niece, Terri Lewis, and her husband Jeryl, Special thanks to Eartha, Wanda, Mable, and Delores.
To send flowers to the family or plant a tree in memory of Dorthy Ann Smith, please visit Tribute Store
Friday
11
September

Share Your Memory of
Dorthy Ann
Upload Your Memory View All Memories
Be the first to upload a memory!
Share A Memory
Send Flowers
Plant a Tree