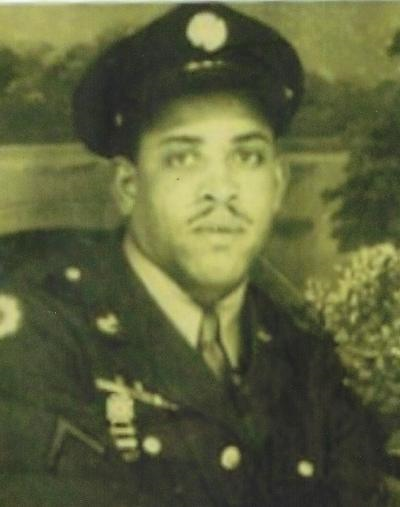 Please share a memory of Porter to include in a keepsake book for family and friends.
View Tribute Book
In Loving Memory of Porter Smith Porter Smith, the unofficial "Mayor" of Ballsville, transitioned from labor to reward on Wednesday, June 3, 2020 at the Laurels of Willow Creek. He was the last surviving child of the ten born to Robert and Lucy Smith. Porter was born August 24, 1919 in Ballsville, Powhatan, Virginia. He was baptized under pastoral leadership of Rev. Shelton Anderson and joined Mr. Pero at an early age. Porter was one of the first members of the "organized" Ushers Ministry of Mt. Pero. He ushered over 70 years until his health failed and he went to the Laurels. Porter served as Trustee and was sexton for a period. Porter was a faithful member and loved Mt. Pero. In 1941, Porter enlisted in the United States Army. He was part of the Army Corp of Engineers responsible for building the Alaska-Canada Highway during World War II. The weather was harsh and the conditions that the African-American soldiers had to endure were so bad, Porter said "One day I got down on my knees and I said to God, if you ever let me back to Ballsville, I will never leave." He stayed in Ballsville until he went to the Laurels in 2016. He was honorably discharged in 1945 with eight Medals. Among his medals, the Good Conduct medal, the American Campaign Medal and the Asiatic Pacific Campaign Medal with a Bronze Star Attachment. Witnessing the mistreatment of Black soldiers in the army, Porter decided to become a part of the solution rather than a part of the problem. It was then Porter became active in the Civil Rights movement. He worked diligently to encourage people to register to vote and made sure once registered – voted. He even provided transportation to the voting precincts. Porter was an avid gardener, working around Ballsville for many families. His love of flowers and the outdoors took him to Richmond where he worked for several families. His last employer was Mrs. Phoebe Antrim and her late husband. They became close friends, and that friendship remained until his passing. Porter has had several birthday parties, the latest was last year when he celebrated his 100th birthday. Many family members and friends were in attendance. He really enjoyed the photo ops and being the center of attention. Porter was preceded in death by; his parents, Robert and Lucy Smith; four brothers, Richard, Alfred, Collie and Levi; five sisters, Lucille, Adell, Sally, Rebecca and Alean. He leaves to cherish memories: nine nieces, three nephews and a host of great-nieces and nephews and great-great nieces and nephews, many cousins and friends. We, the family would like to thank all the friends who visited him at the Laurels, picking him up, bringing him through Ballsville to the Tobaccoville store to get his favorite "chicken" and cokes. We will always remember Uncle Porter with a laugh and sometimes even a tear.
To send flowers to the family or plant a tree in memory of Porter Smith, please visit Tribute Store
Thursday
11
June

Share Your Memory of
Porter
Upload Your Memory View All Memories
Be the first to upload a memory!
Share A Memory
Send Flowers
Plant a Tree