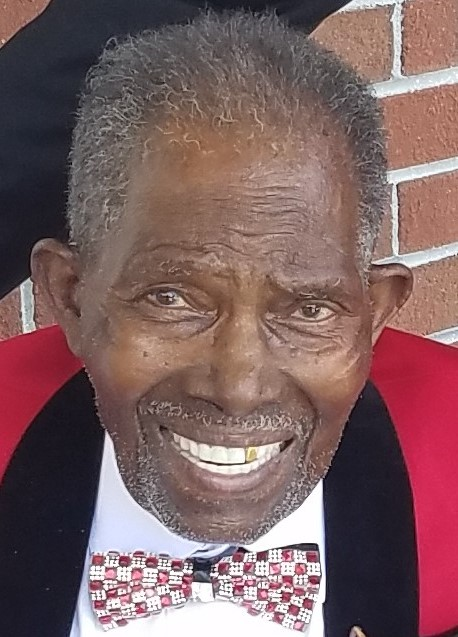 Please share a memory of Thomas to include in a keepsake book for family and friends.
View Tribute Book
On May 8, 2020, the Lord called home our Father, Grandfather, Great-Grandfather, Uncle, Brother and friend, Thomas J. Johnson to be with him. Thomas was born in Cumberland, Virginia, on May 28, 1920, to the late Thomas and Mary Belt Johnson. At an early age he received Christ, baptized and joined Tearwallet Baptist Church in Cumberland, Virginia, where he attended regularly until his health began to decline. Thomas was educated in the Cumberland County School systems and he attended the CC Camp. On November 30, 1953, Thomas joined in wedlock to Clara Bartee-Johnson, who preceded him in death. From this union five children were born. Thomas held numerous construction jobs where he later retired from B&B Construction. Thomas was a very loving, caring father and compassionate person, a real people person. He also had a wealth of knowledge and wisdom in which he shared with family and friends. His faith in God was very strong. Thomas had a great sense of humor and he loved to dance. He was a very photogenic person. His famous quote was "There are only two worries – January and February – let March take care of itself!" Thomas leaves to cherish many fond memories his four sons; Charles Johnson (Casandra) of Cumberland, Lonnie Johnson (Jessie) of New Canton, Alvin Johnson (Sharon) and Earl Johnson of Cumberland; one daughter, Robin Turner (Lionel) of Mount Vernon, New York; out of love he reared three nieces; Barbara (Ricky) James of Cumberland, Pamela (Ronnie) Witcher and Lawanda Kershaw of Richmond; a nephew, Craig (Shirley) Moseley of Buckingham; twenty-one grandchildren, one preceded him in death, Travis Johnson, two of whom he reared, Jermaine and Ki-Anna (Jamal) Stanton; eighteen great-grandchildren; four sisters-in-law; Sarah Moseley of Roxboro, North Carolina, Sallie Johnson of Baltimore, Maryland, Callie Bartee and Mary Paylor of Mount Vernon, New York; and a host of nieces, nephews and cousins.
To send flowers to the family or plant a tree in memory of Thomas Johnson, please visit Tribute Store
Tuesday
12
May

Share Your Memory of
Thomas
Upload Your Memory View All Memories
Be the first to upload a memory!
Share A Memory
Send Flowers
Plant a Tree