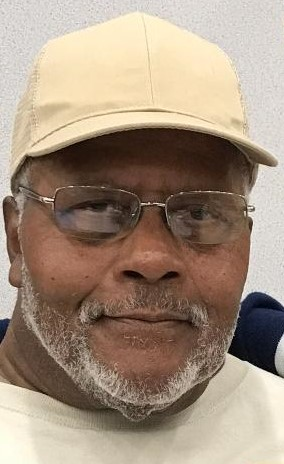 Please share a memory of James to include in a keepsake book for family and friends.
View Tribute Book
James "Bernard" Mayo, Sr. of Powhatan, Virginia, was born on December 8, 1942, to Fannie & John Mayo. While in grade school, Bernard met the love of his life, Barbara "Bootsie" Jordan, and they were blessed to share 54 years as husband & wife. "There was never a time when there wasn't a Barbara." Bernard accepted Jesus Christ as his personal Savior at an early age and joined the Mt. Pero Baptist Church. He received his education from the Powhatan County Public Schools, graduating in 1961 before enlisting in the United States Army in 1962. There he served his country until 1964 as a member of the 11th Air Assault Division earning the rank of Private First Class (PFC). One of his greatest accomplishments during that time – and what he was most proud of – was being selected as Orderly to the Commanding General "in recognition of outstanding soldierly qualities." After completing his tour of duty in the US Army, Daddy devoted himself to obtaining knowledge through travel, news journals, documentaries, and educational television like the History Channel. Together, these activities shaped and highlighted his love of current events and history. "Being around Bernard was like being in school, but that's okay." Bernard retired from the U.S. Postal Service® after 30 years of service, and he was a Freemason - member in good standing of the M.W. Prince Hall Grand Lodge of Virginia, Shining Light Lodge No. 272. Not only was education important to Daddy, but so was his love for exercise and the outdoors. His favorite city was Charleston, SC, a place deeply- rooted in Black history and where he completed the Cooper River 5K in 1999. He enjoyed riding his bicycle, working out on the Total Gym®, and even kick boxing in his early 60s. Daddy's last lap was a half-mile walk with his UP-Walker® along the same wooded trails where he hunted and rode his ATV; for him, the outdoors represented freedom. Bernard was proud of his children and their various accomplishments. He attended most of JB's running events, cheered at Dallas's little league baseball games, and supported Benita in her many interests, including their shared love of travel & adventure. Among his children, she was his most consistent travel companion. But what was perhaps his greatest source of pride is that all three of his children attended and graduated from the University of Virginia. Indeed, one of Bernard's favorite – and often stated – quotes was uttered by Walter N. Ridley, the first African American to earn a doctoral degree from UVA (1953). "Ignorance is the most costly commodity on earth." Daddy also stressed the importance of family history and was excited to learn more about himself through his ancestral DNA. Like generations of Mayo men who came before him, Daddy was hard, but he loved us the only way he knew how. As brutally honest as it was sometimes, it was always authentically him. Part of that authenticity was his gift of gab. He was a great storyteller that would have you on the edge of your seat waiting for the climax. Bernard departed this life on Monday, April 27, 2020, in Richmond, VA. He is survived by his wife, Barbara Mayo, one daughter, Benita Mayo, two sons, J.B. Mayo, Jr., and Dallas Mayo, daughter-in-law Katrice Mayo, two grandchildren, Joshua Mayo & Kendall Mayo, one sister, Victoria Jones, and one sister-in-law Vera Mayo. A favorite "UNC (le)," Bernard is also survived by a host of nieces, nephews, cousins, and two deeply devoted, lifetime friends, Robert Black of Charles City, VA and John Foxx of Chesapeake, VA.
To send flowers to the family or plant a tree in memory of James Mayo, please visit Tribute Store
Friday
1
May

Share Your Memory of
James
Upload Your Memory View All Memories
Be the first to upload a memory!
Share A Memory
Send Flowers
Plant a Tree