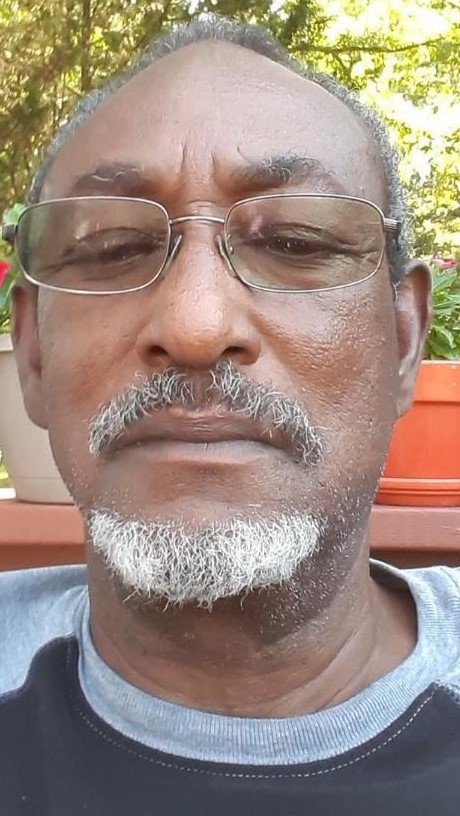 Please share a memory of Richard to include in a keepsake book for family and friends.
View Tribute Book
Richard Lee Spencer was born to Roberta Wiley Spencer and the late John Spencer in Buckingham, VA on October 5, 1951. Richard attended and graduated from Buckingham County High School. He was baptized at St. Joy Baptist Church in Buckingham County, VA. On April 19, 1980 Richard wedded Joyce A. Brooks. They had one child, Brooks Spencer who preceded his father in death. Richard was employed as a truck driver for 35 years. He started out with his father then drove for various trucking companies. His handle was "Hit Man." Richard joined Rocky Mount Baptist Church where he served on the RMBC Male Chorus and the RMBC Senior Choir. He served for several years as a trustee in the capacity of president and vice-president. Richard loved to play softball and basketball. He loved to watch every sport on cable and TV including wrestling. He loved "Law and Order as well. Richard became ill in 2012, but he never complained. His greatest response was "I'm still in the land of the living" and "I'm not going anywhere until the good Lord say so." On Wednesday April 8, 2020 Richard went from labor to rest. Richard leaves to cherish fond memories his wife Joyce Spencer, his mother Roberta Spencer; one daughter, Christine Jones; two sisters, Doretha Boatwright (Ervin) and Susan Glover (Tony); two brothers, Thomas Spencer and Mitchell Spencer (Geneva); four brothers-in-law, Deacon St. Cassell Brooks (Helen) , Joseph Brooks (Maxine), Charlie Brooks, Jr., and Lloyd Campbell; one godson, Jermal Barley and a host of nieces, nephews, other relatives and friends, and his devoted caregivers Doretha and Ervin Boatwright. Let us not forget his beloved pet dog, "Pep Pep" that he referred to as "you are my shining star."
To send flowers to the family or plant a tree in memory of Richard Spencer, please visit Tribute Store
Saturday
11
April