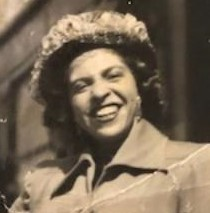 Please share a memory of Georgette to include in a keepsake book for family and friends.
View Tribute Book
Georgette was born to the late Bessie and George Burke on July 10, 1926 in Harlem, New York. She was the only child of this union. On February 14, 1954 she was united in holy matrimony to William H. Stewart, Sr. in New York City, N.Y. From this union two children were born, Yvette and William Jr. Georgette worked for various companies such as IBM and Union Carbide. In 1986, Georgette and her husband moved to Powhatan, Virginia. Georgette worked for the Department of Social Services in Powhatan County, providing support for children in crisis. She loved working with children at risk, and always advocated for them. Georgette retired from this position and remained a resident of Powhatan, Virginia until her death. She leaves to cherish her memory, her children, Yvette Sohi and William (Sharon) Stewart of Virginia. Grandchildren, Charisse Stewart-Williams, Catherine Stewart, Catelyn Stewart and Rajvinder Sohi. Great-grandchild, Jalil Williams. Georgette was preceded in death by her husband William and parents Bessie and George Burke.
To send flowers to the family or plant a tree in memory of Georgette Stewart, please visit Tribute Store
Monday
30
March

Share Your Memory of
Georgette
Upload Your Memory View All Memories
Be the first to upload a memory!
Share A Memory
Send Flowers
Plant a Tree