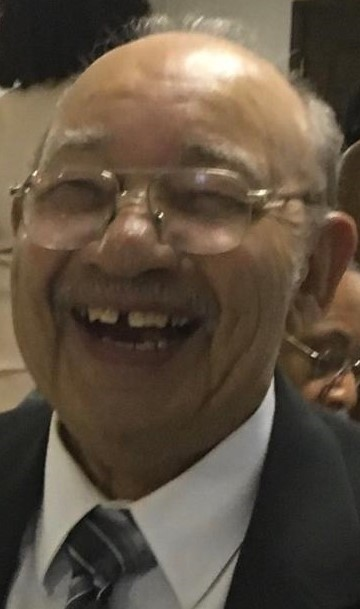 Please share a memory of Robert to include in a keepsake book for family and friends.
View Tribute Book
Robert W. Robertson, son of the late Ollie Robertson, Sr. and Olivia Dangerfield Robertson was born August 18, 1934 in Cumberland County, Virginia. At an early age, Robert – affectionally known as Bobby – was baptized and joined the Mount Olive Baptist Church. He attended Cumberland Public Schools and after graduation, served in the United States Army from 1955-1958. After completing his military service, he moved to Paterson, New Jersey to seek employment, which is where he met his bride-to-be, Nina M. Toney. For a number of years, Robert was employed by Chicken Delight as a truck driver. He later returned to school, earning his architectural design degree in 1968. After which, he worked various jobs as an architect. While in Paterson, he was a member of Christ Temple Baptist Church. In 1970, he returned to Cumberland, VA and was employed by Virginia Department of Corrections, until he retired in 1995. Once Robert retired, he joined both the Mount Olive Baptist Church Male Chorus and the Senior Choir. He loved singing with his chorus and choir members and saw them as an extension of his family. As a member of the Male Chorus, he especially enjoyed having solo opportunities. Skilled as a master carpenter, Robert also designed and built wood structures during his free time. He enjoyed it even more when his son and grandson were involved in the activities. On Sunday, March 22, 2020 our loving father and grandfather departed this life. He was preceded in death by his parents; six brothers, Arthur, John Henry, Floyd, Ollie, McDonald and Raymond; son-in-law, Donald (Donna). Left to mourn his absence are his five children, Donna P. Williams, Darcy L. Harvey (John), Olivia D. Hart (Royce, Sr.), Toni D. Anderson and Craig D. Robertson; twelve grandchildren; fifteen great-grandchildren; five great-great-grandchildren; nieces, nephews and a host of other relatives and friends. Dear Dad and Granddad, We'll dearly miss you, but we promise to honor you and your teachings in all we do. Thank you for loving us, guiding us and for praying with and for us. We hold you in the highest esteem and will forever speak your name with respect and gratitude. Rest in peace, our patriarch. You will always be with us, Your family
To send flowers to the family or plant a tree in memory of Robert Robertson, please visit Tribute Store
Friday
27
March