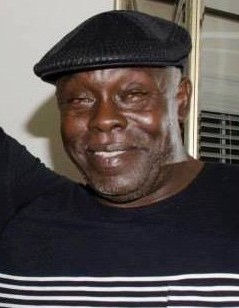 Please share a memory of Jessie to include in a keepsake book for family and friends.
View Tribute Book
Mr. Jessie Junius Trent, the son of the late Harvey Junius Trent and Sally Carter Trent was born in Cumberland, Virginia on July 21, 1949. After a short sickness he departed this earth to his heavenly home on Tuesday March 17, 2020 at the Appomattox Health & Rehabilitation Center. On August 10, 1968, he wedded Claudette Langhorne and through this union one son was born. Jessie and Claudette were married for almost 52 years. He was a loving husband, father, brother, uncle, cousin and friend. He was always smiling, loved to dance and was loved by many. He loved his family and was always there when they needed him. Trent, as he was affectionately known, was converted, baptized and joined Rocky Mount Baptist Church were his membership remained. He attended school in Cumberland County and worked for years as a logger. He was most recently employed with Cumberland County Public School system with the Transportation Department until his health began to fail. He was proceeded in death by his parents, Harvey & Sally Trent, his brother James Trent and his mother–in-law Maria B. Langhorne. He is survived by his wife of 52 years, Claudette Trent; only child , James (Jessie) Trent; four siblings, Helen Brooks (St. Cassell), Sallie Lewis (Moses), Kathlene Jackson (Robert Jr.), and Lee R. Trent; four sisters-in-law, Patricia Nance (Rupert), Mary Robinson, Yvonne Langhorne and Everleane Randolph (Jake); two brothers-in-law, Leroy Langhorne and Ron Langhorne (Karen); one aunt Elise Brown; two uncles, Robert Lee Carter (Lou Bertha) and John Lewis Carter; numerous nieces, nephews, cousin and friends; devoted friends Herman Trent, Stepney (Jake) Randolph, Henderson Trent, Taylor (Tate) Langhorne, George Hill and Harold (Buster) Carter.
To send flowers to the family or plant a tree in memory of Jessie Trent, please visit Tribute Store
Saturday
21
March

Share Your Memory of
Jessie
Upload Your Memory View All Memories
Be the first to upload a memory!
Share A Memory
Send Flowers
Plant a Tree