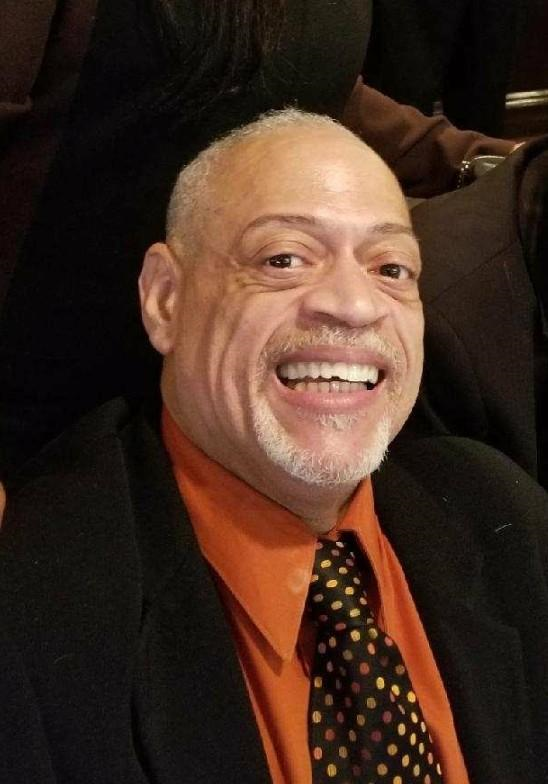 Please share a memory of Craig to include in a keepsake book for family and friends.
View Tribute Book

Craig was born August 29, 1965, to the late Clayborne Hughes Jr. and Carol Rollins Hughes in Riverhead, New York. At 4 months old his mother was tragically lost in a car accident and his grandparents the late Alice Hughes and Clayborne Hughes, Sr help raise him alongside his father.

At an early age Craig accepted Christ and was baptized at the First Baptist Church of Riverhead. He was very active in youth ministry and a very proud junior usher. Craig was educated in Riverhead Public Schools and graduated from Riverhead High School in 1983. He then attended Virginia Commonwealth University for a number of years majoring in Business Administration, the Black Awakening Gospel Choir and an extraordinary good time, for which he earned an honorary master's degree among his peers as " The Life of The Party," for which he took much pride.

Craig worked in the banking industry and at Richmond Community Action Program for several years in Richmond, Virginia. He then landed a job at an investment firm in Atlanta, Georgia, which he worked until he returned to Richmond in 1997. He then worked many years at Ukrops until his health would not permit him to do so.

After college Craig joined First Baptist Church of South Richmond. He loved his church family and his Pastors, which he endearingly refers as Rev. Dwight and Rev. Derik whom he appointed himself their trusted advisor on all matters of the church, whether they asked or not. His favorite ministry was singing in the choir and greatest joy was being a part of his beloved Imani Singers.

Craig was a special person and he made certain you were fully aware of how special. He was quite outspoken and certainly would let everyone know what was on his mind. Whether you wanted to know or not. He had many tough battles along his life journey, his motto was to only allow 10 minutes a day to feel sorry for himself, then get over it and make the best of the day God gave him. And no matter what his plight he always found a way to make everyone around him laugh.

The family requests that donations be made to the HealthBrigade.org, a non profit health organization that served Craig well.

To send flowers to the family or plant a tree in memory of Craig Hughes, please visit Tribute Store
Saturday
7
March

Share Your Memory of
Craig
Upload Your Memory View All Memories
Be the first to upload a memory!
Share A Memory
Send Flowers
Plant a Tree